In the late 1950s, Rosario Villari was among the founders of «Studi Storici», journal of Istituto Gramsci, then tied to the Italian Communist Party. He later coedited it from 1967 to 1972. In 1976, he became editor-in-chief until 1982. The paper deals with his role in the journal’s early times, and with the editorial line of «Studi Storici» during the Villari years, focusing especially on the relationship between politics and historiography and on the debate among Italian Marxist historians about the aim and scope of the journal. The research is based on the archives of «Studi Storici» and of Istituto Gramsci; Villari’s private correspondence has also been consulted. Lastly, attention is paid to some reflections by him in the 1990s, on the experience of the journal. 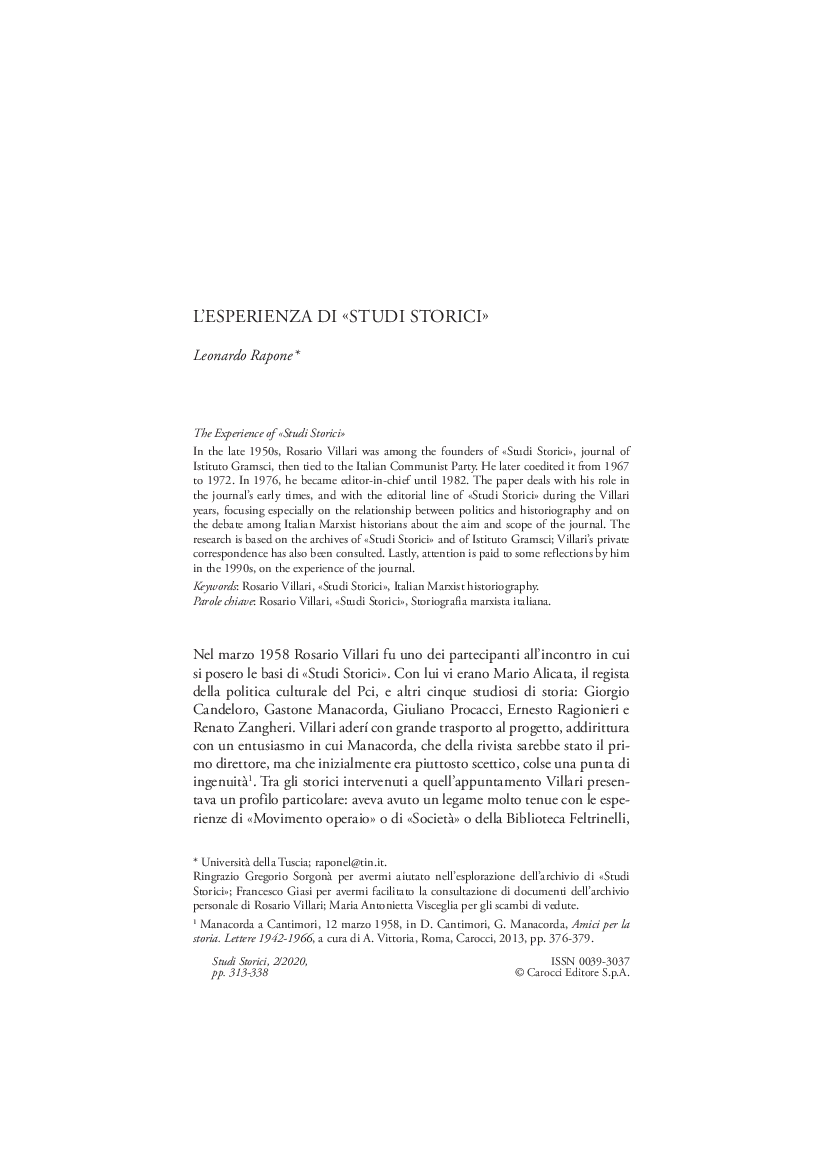