In this paper are considered the researches that arise from the study of the representation of "minor" States and not fully sovereign organisms at the Court of Spain in the early modern Age, as part of an approach to the history of diplomacy that wants to propose new paths of research. First, some recent research on the history of diplomacy that have led fruitful innovations about methods and topics are discussed. Important stimuli to the history of diplomacy have come from other fields of research, such as trasnational history, political and constitutional history (information and communication politics and political forms of States), social history (on the networks and the role of agents and patronage) and the history of the "transferts culturels". Then the approach adopted by the essays collected to the study of the diplomatic mission of "minor" States at the Court of Spain is examined. This approach allows us to examine various aspects of the mission of diplomats; offers many insights on the criteria for selection of the figures to be sent, on the terms of the political mandate of the emissaries and then on the characteristics of the authority of who sent the diplomats. In this sense it is highlighted the fact that the research on relations between States and on diplomacy can no longer be separated from those on the internal political structure of the "minor" States: from Monarchies (composite Monarchies, polycentric Monarchies etc.), to the Republics or the Confederations of States; from unions of cities to small States etc. The essay also provides rich insights on the formation of networks of diplomatic relations with members of the Court, with diplomats of other States, with members of their "nation" on site, thus offering useful information for the study of networks, cultural exchanges and the identity of the diplomat in the early modern Age. The political significance of the presence of emissaries of a sovereign to another State is thus the result of the combination of different levels of management and practice of power: from the delegation and the recognition of the public function of the ambassador to the balance of power; from the networks of interest to the relations of friendship (between ambassadors, with members of the Court, with members of their own "nation"); from the practices of negotiation and public audience to private interviews, secret or informal contacts. 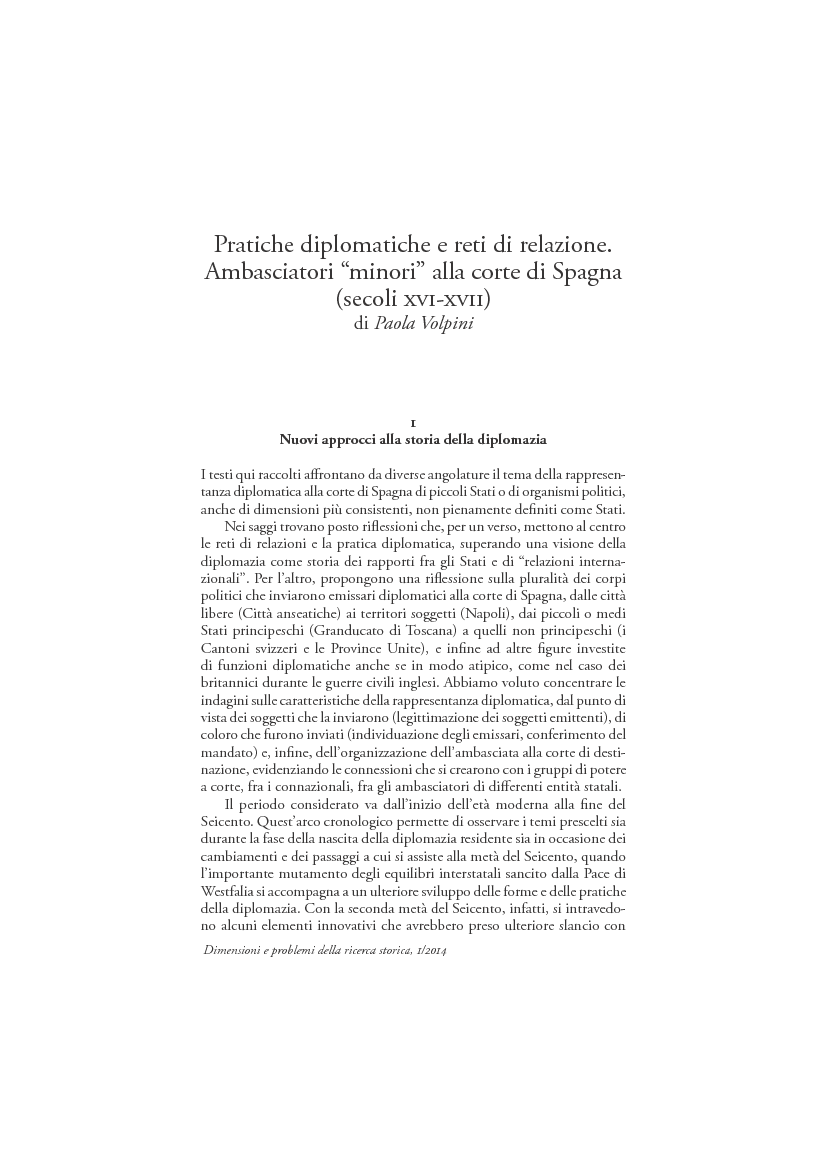