Post-unification Brigandage was considered to be the greatest threat to the recently unified Italian State, after the struggle for independence and the disintegration of the Bourbon kingdom in the wake of Garibaldi's expedition. The strength of this anti-system phenomenon is shown by the connection of endemic rebelliousness and traditional banditry in the Apennine regions, with the reactionary forces (legitimist and clerical-Bourbon) and with social (mainly peasant) discontent in the face of harsh Savoy administration. The Italian government therefore put into the field an extraordinary amount of means and men for the purpose of repression, including volunteers and foreign military units, such as the Hungarian Auxiliary Legion. Heir to the legion of Garibaldi, in its various stages of organization and deployment, the Hungarian Legion was used in the most rebellious areas of the South. It quickly earned a reputation for efficiency and daring but also for cruel and inhumane military practices. The paper examines the activities of the Legion in this context, as documented by the General Staff in the military files of the Italian Army, related to the first period of the Legion's deployment, from Summer 1860 (Expedition of the Thousand) until the end of 1861. 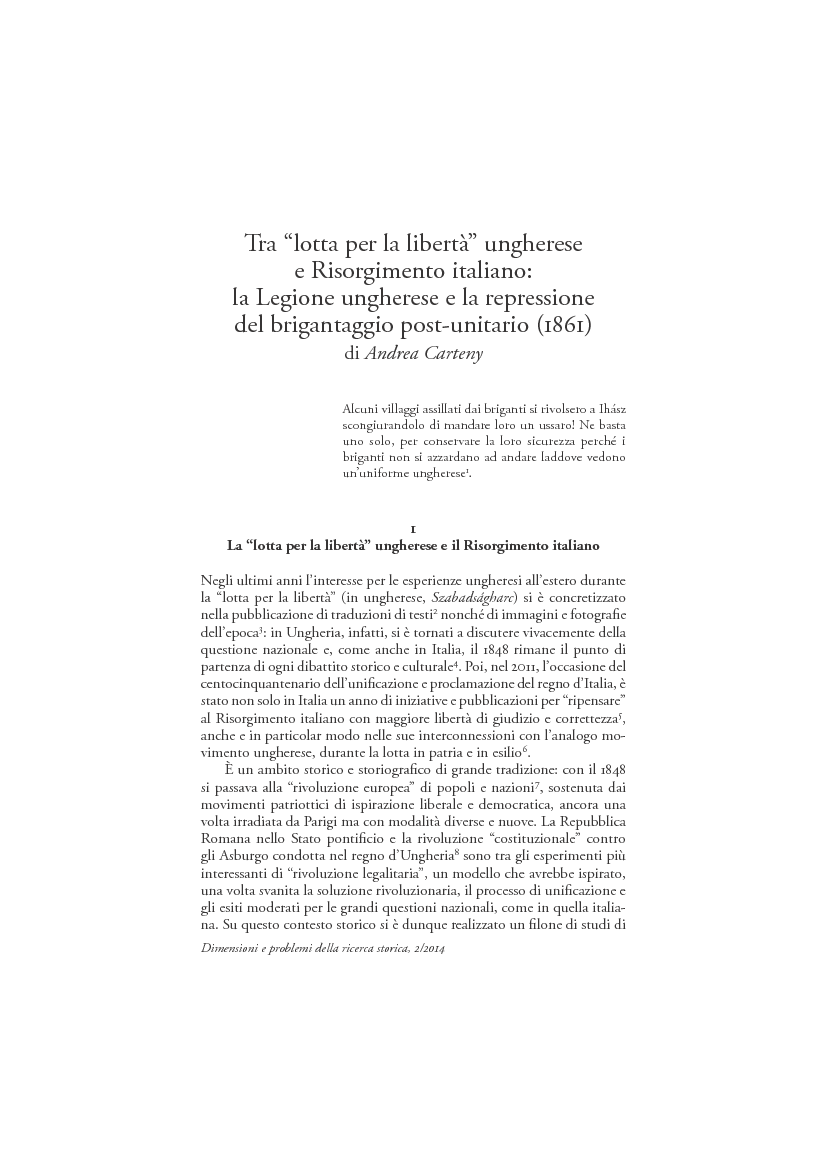