The essay analyzes the mobility of bishops who occupied the dioceses of royal patronage of the Kingdom of Naples in the two centuries of Spanish rule, and attempts to trace the paths from diocese to diocese of varying prestige, where the abundance of the revenues was not always a predominant factor in the transfer process. These routes reveal the existence of conventions, according to which the bishops were transferred by royal and viceregal interests, inside and outside the Kingdom of Naples, as their reputation for being good shepherds and good servants of the Crown increased (or decreased). Whether Italian or Iberian, an element that characterized them was the ease with which they adapted to different contexts, weaving patronage networks and opening up spaces for members of their family, and - above all - acting as real agents of cultural transference between the different "peripheries" of the Kingdoms of the Monarchy. 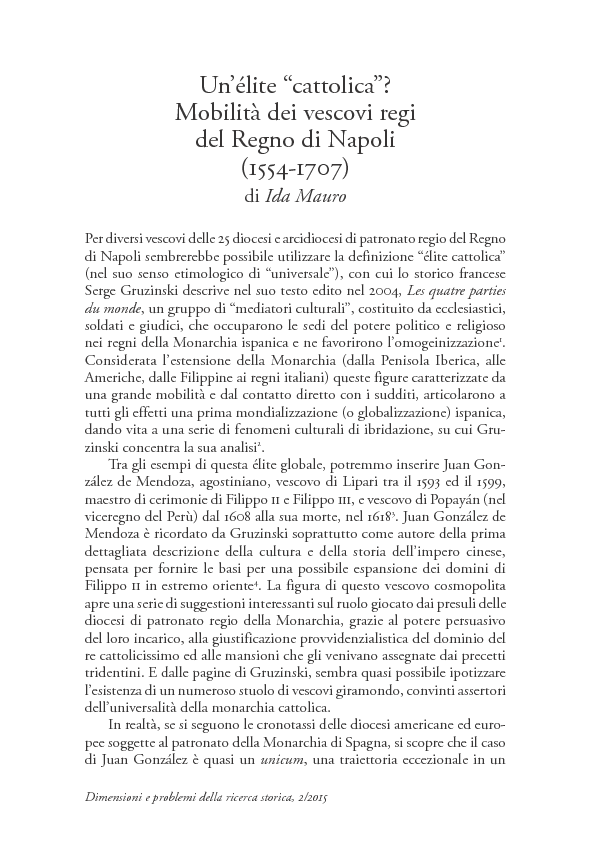