The article focuses on the monument to "Freedom and Unity", chosen to celebrate the 1989/90 turning point with the Peaceful Revolution in the GDR, the SED regime's collapse and the fulfilment of the reunification between the two Germanys. The article retraces the birth of the first project about the monument and its long process, giving attention to the parliamentary debates and to the positions of the different parties. It analyzes the project that won the architectonic competition and the reactions it raised, especially in the press. Attention is also given to Leipzig, the Saxon city that wanted to host the monument in competition with Berlin, where one of the most important demonstrations against the SED regime took place. Looking at the monument "to Freedom and Unity", the article investigates how the 1989/90 public memory has established itself, taking into consideration the difficulties and the oppositions to the project, but also the master narratives developed and used. 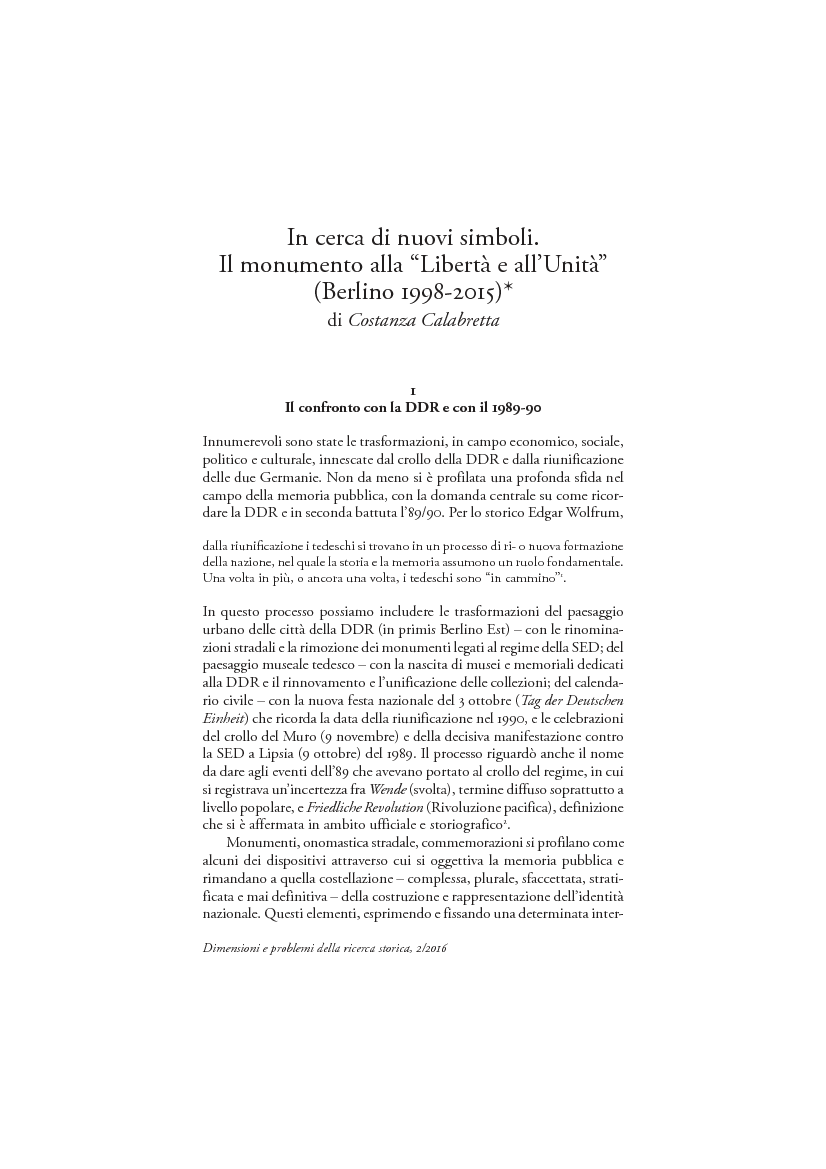