The cardinal and archbishop of Naples Ascanio Filomarino was one of the most controversial protagonists of the so-called revolt of Masaniello. His ambiguous conduct attracted the allegations of the Spanish authorities, who identified him as the only major rebel leader who had not been punished for his crimes. Engaged in the difficult task of rebuilding an under populated and impoverished kingdom, the Viceroy Count of Oñate vigorously pursued the goal of obtaining the removal of Filomarino from Naples, but clashed with the opposition of the papal diplomacy and more pressing questions of international policy. Through the reconstruction of the clashes between Oñate and Filomarino and the complex negotiations that were conducted between Rome, Naples and Madrid, the article aims at reconstructing the climate of restoration imposed by the Spaniards after the revolt, pointing out in particular that the debate on the uprising and its protagonists did not end on April 6, 1648, but continued for many years. 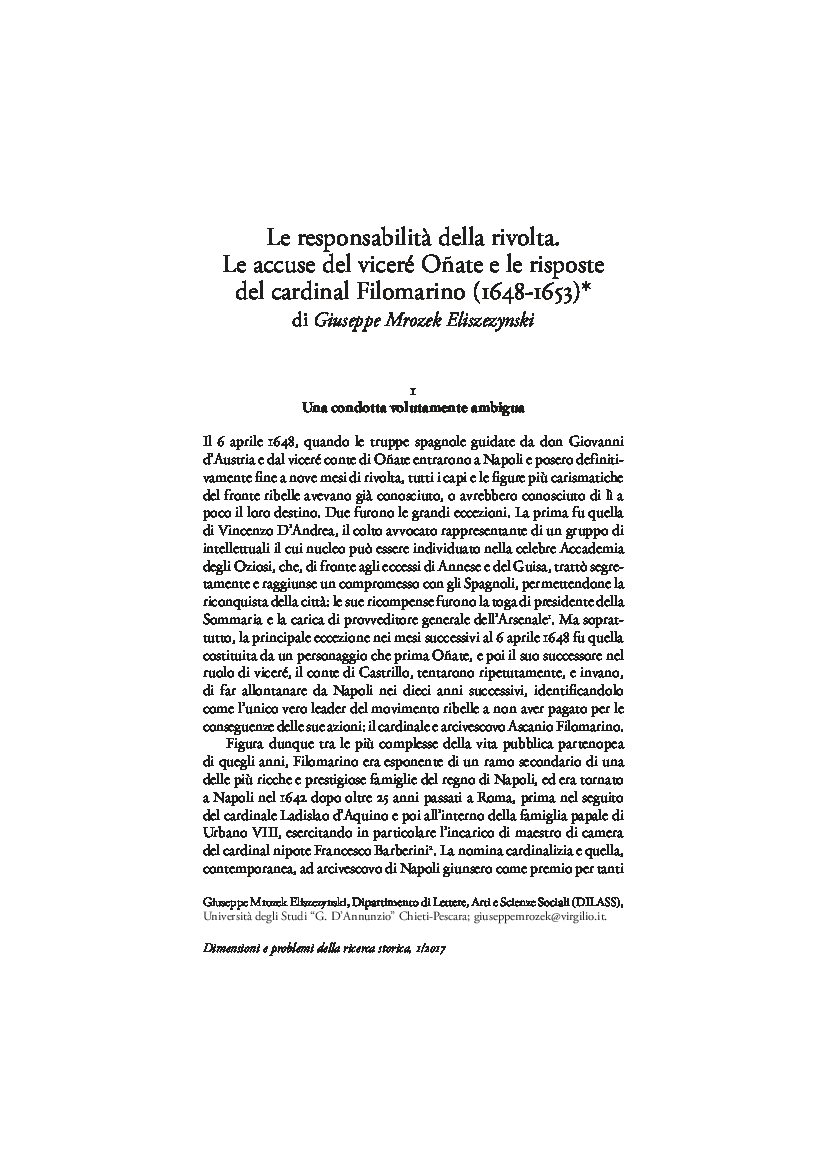