At the time of the centenary of the Armenian genocide, a series of significant scholarly books and articles appeared. This article reviews three of the books published during 2015. "Comprendre le genocide des Arméniens. 1915 à nos jours", a text written by Raymond Kévorkian, Hamit Bozarslan and Vincent Duclert is the result of a joint work that gave birth to one of the first overview of some relevance on Armenian theme. "Le genocide des arméniens. A siecle de recherche 1915-2015", edited by Annette Becker, demonstrates the extent reached by research in the field of scientific knowledge on the first genocide of the twentieth century. There view ends with the work of Mikaël Nichanian, Détruire les arméniens, which proposes a chronological analysis of events, including, as well as other volumes, new interpretations on the causes and consequences of the birth of Turkish nationalism and modernTurkey. 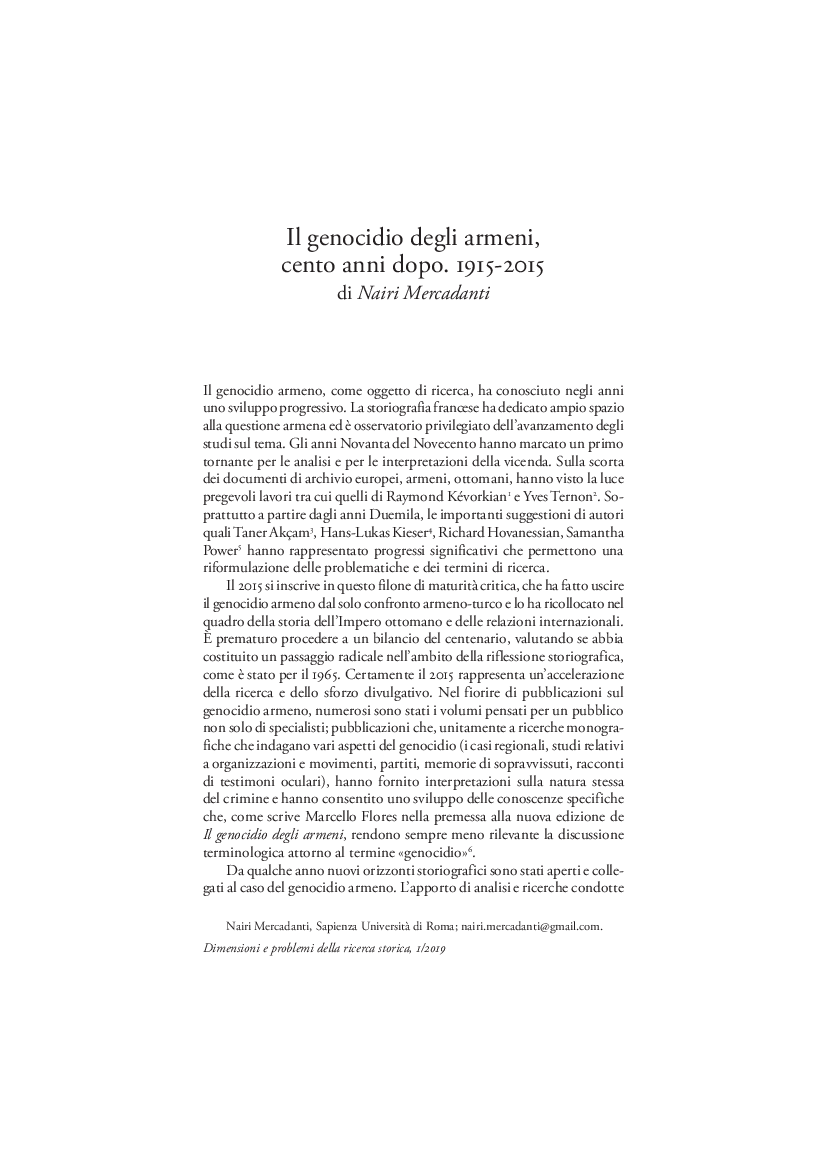