This article focuses on the historiographical account of the so-called “conspiracy of the cardinalsµ, which occurred in !#!$. The official version, as told by Paolo Giovio and Francesco Guicciardini, surmises that some cardinals had conspired to poison Pope Leo X. These cardinals were prosecuted, deprived of their privileges, and in one case also executed. However, a careful study of the surviving archival evidence shows that the curia was poised to take an aggressive stance in order to solve a serious financial crisis created by the ongoing war of Urbino. The position of Girolamo Borgia, a historian who was not tied to the Medici, is particularly revealing in this context. 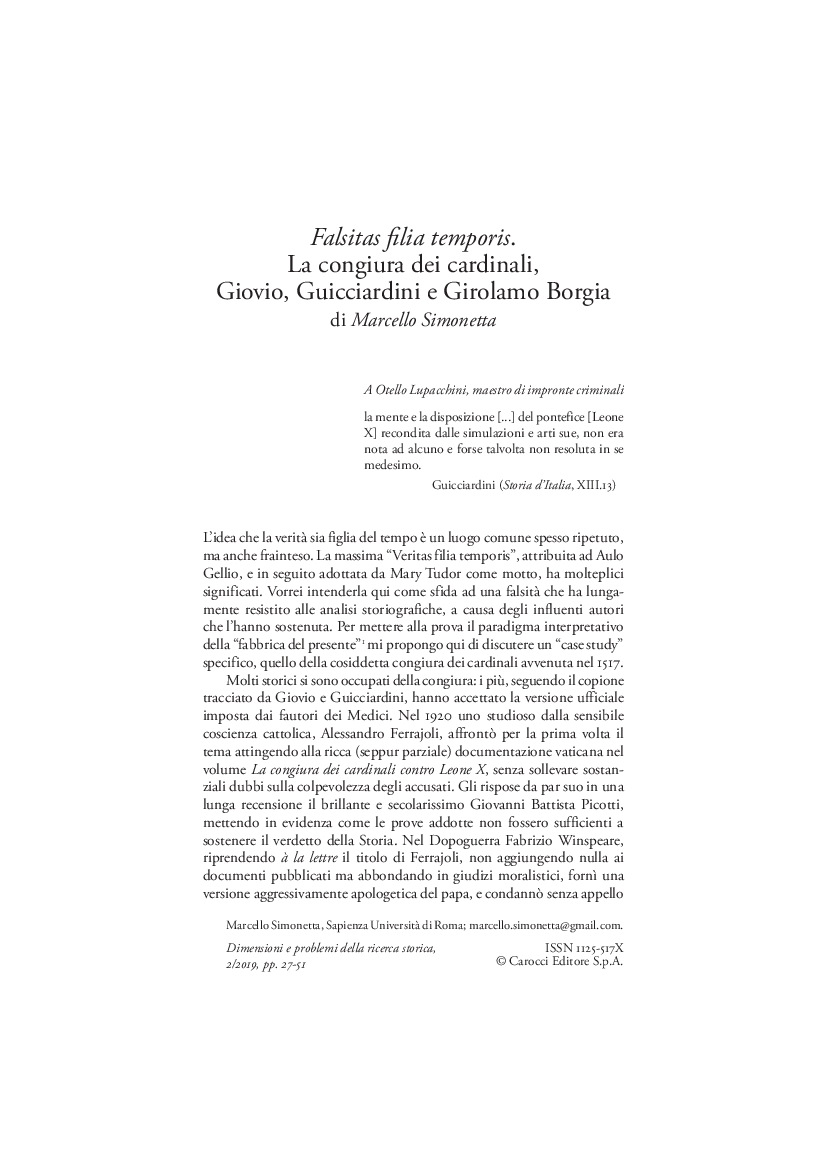