Given the importance of the sea and its resources, the international law of marine spaces has been the subject of an impressive codification work culminated in the adoption, in 1982, of the so-called Montego Bay Convention (UNCLOS). The present work briefly outlines the discipline of marine spaces, as codified by UNCLOS, highlighting its characteristic feature, namely the impossibility for States to exercise full sovereignty except over a limited area, defined as territorial sea. This is by design, as every State must be guaranteed the right to participate in the utilities that the sea offers; however, it has sometimes rendered difficult to compel States to help those who, at sea, find themselves in distress. This paper tries to highlight how, beyond the adoption of specific international conventions on the matter, the rights of individuals in distress at sea can be guaranteed through the interaction between the international law of the sea and other regimes of international law, and namely international human rights law; it does so through the discussion of an emblematic example of this interaction, offered by the recent case of S.A. and others v. Italy, in which the United Nations Committee on Human Rights has enhanced the role of obligations binding upon States under the international law of the sea to ascertain the existence of a special relationship of dependence between Italy and migrants on a boat in danger in international waters, which obliged the former to respect the human rights of the latter. 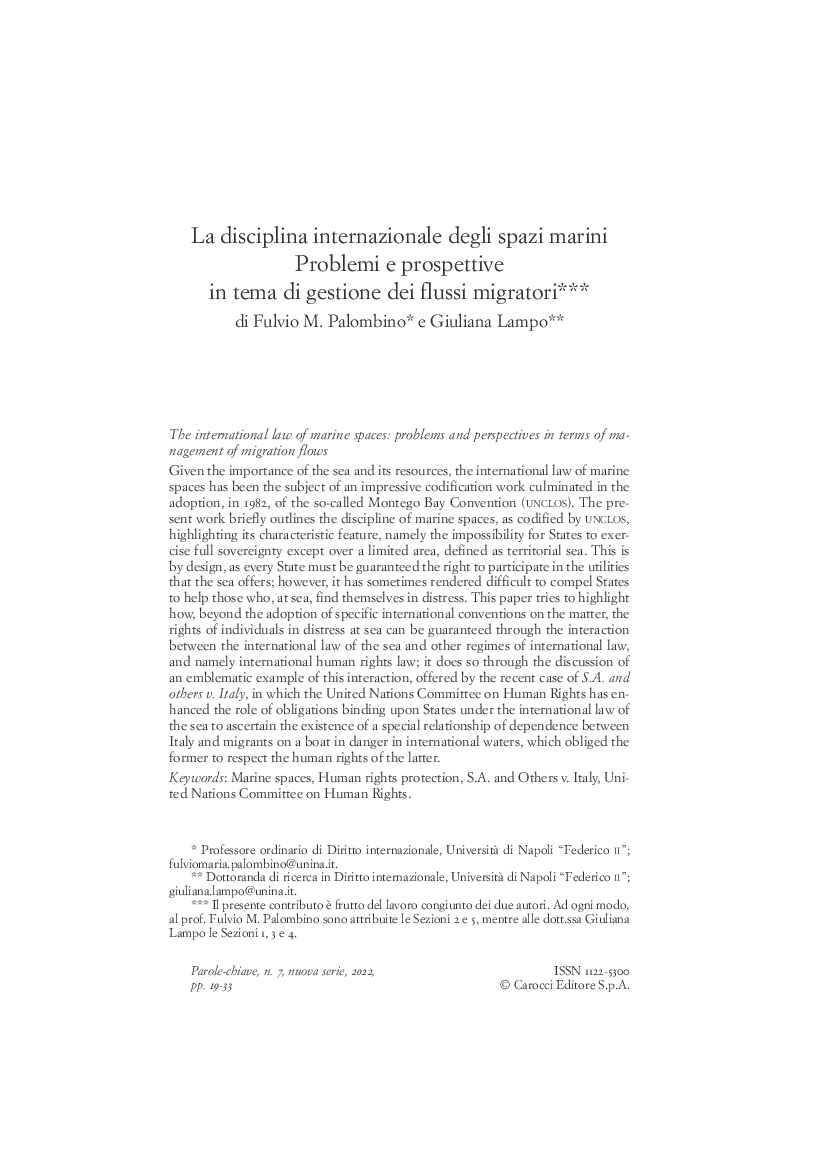