The sea, even before being a physical place, is a very powerful device of the collective unconscious imaginary. In this paper is first presented and discussed the hypothesis of the so-called “thalassic regressionµ proposed by the Hungarian psychoanalyst Sándor Ferenczi. Subsequently, such a hypothesis is reversed: the symbolic theme of the sea does not refer to a return to the origins, on the contrary, the question that arises is that of a becoming-sea. In the final part of the essay this particular perspective is presented starting from the short story “There it is, the seaµ, by the Brazilian writer Clarice Lispector 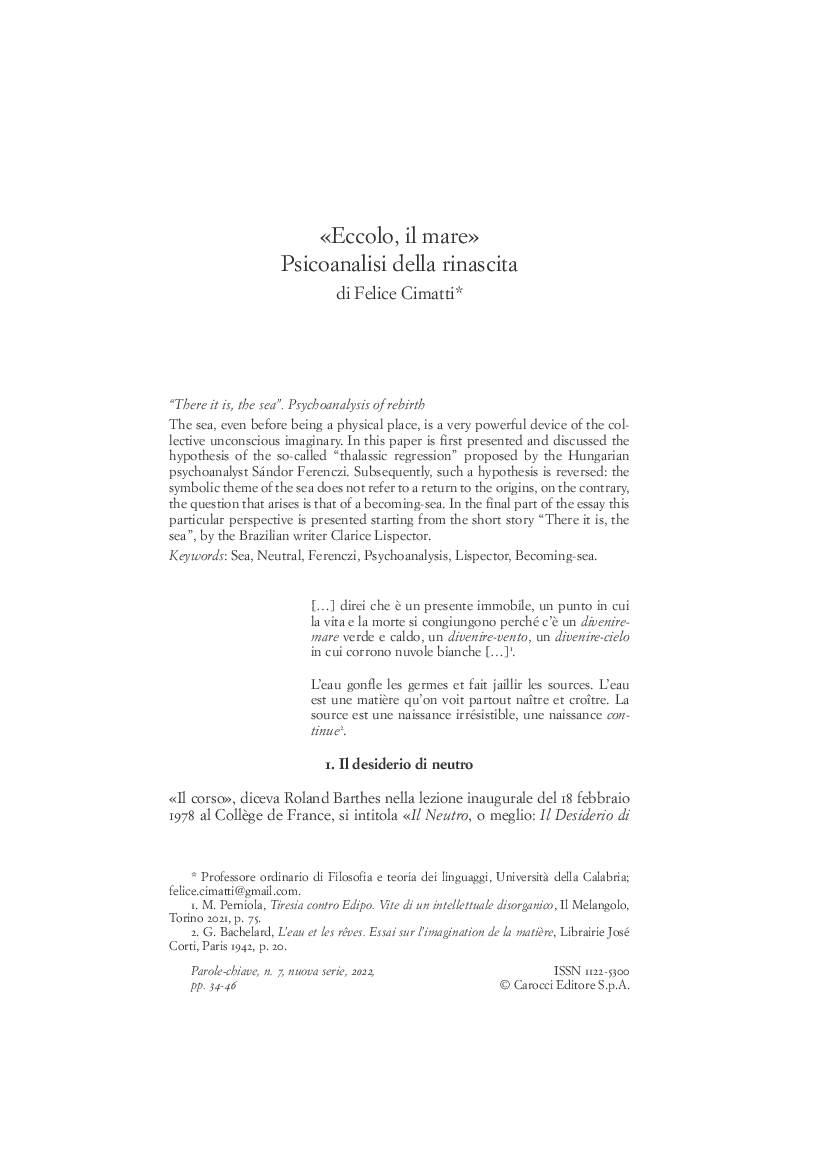