Since XVII century, lighthouses have been a civil frontier of European States, as opposed to military ones, whose function would be to make boats sail peacefully in sea. The lighthouse was born as a border of peace, but also as a symbol of colonial conquest, especially in French and Anglo-Saxon culture. Today, however, the lighthouses have become the symbol of an invisible border, especially in Europe which is closing with respect to the rest of the world, despite the fact that the lighthouses were built precisely to consolidate European domination over other continents 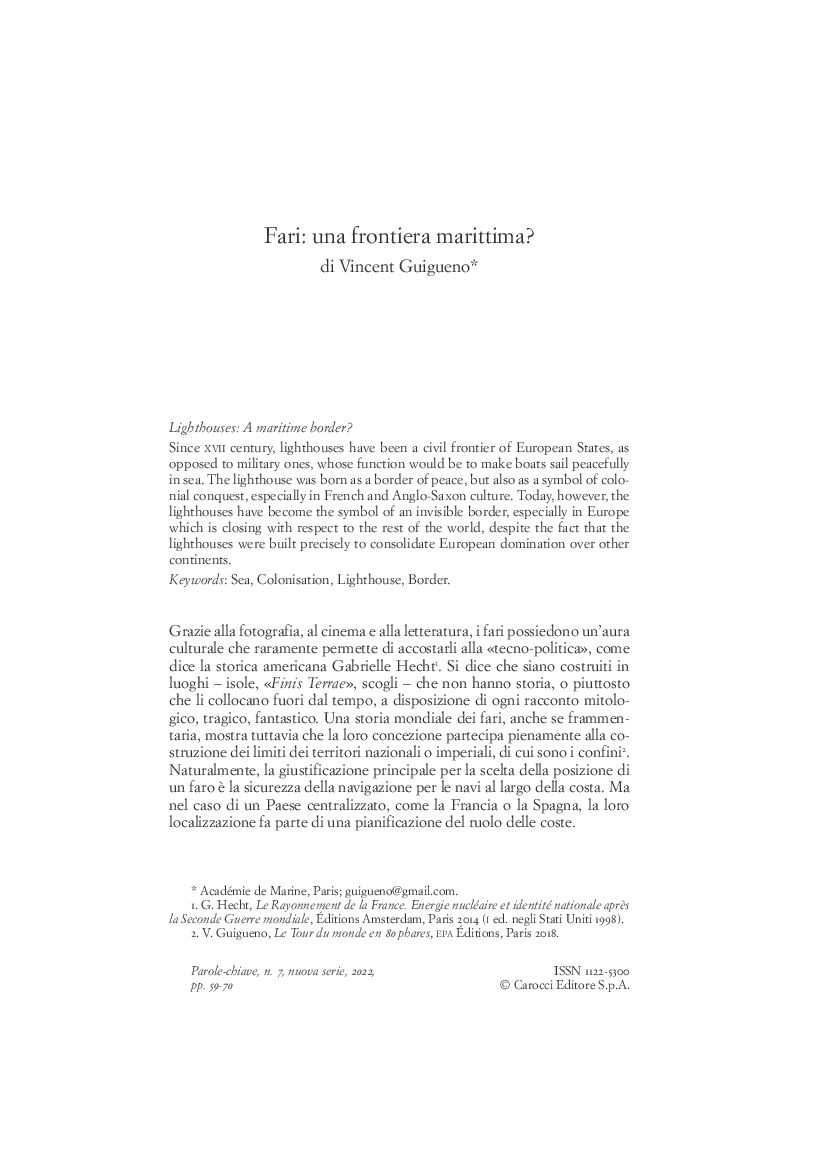