At the beginning of the twentieth century d’Annunzio and Pascoli write about Ulysses, who sails driven by an inexhaustible desire or by an existential restlessness. For the crepuscular poets, however, the sea voyage is no longer practicable (just as they can no longer define themselves as poets), and Ulysses becomes the protagonist of an ironic bourgeois drama. With Ungaretti the mythology of navigation is combined with a new awareness of the poetic function; while Montale, who loses the illusion of mirroring between man and the sea, can only recognize himself «della razza di chi rimane a terra». 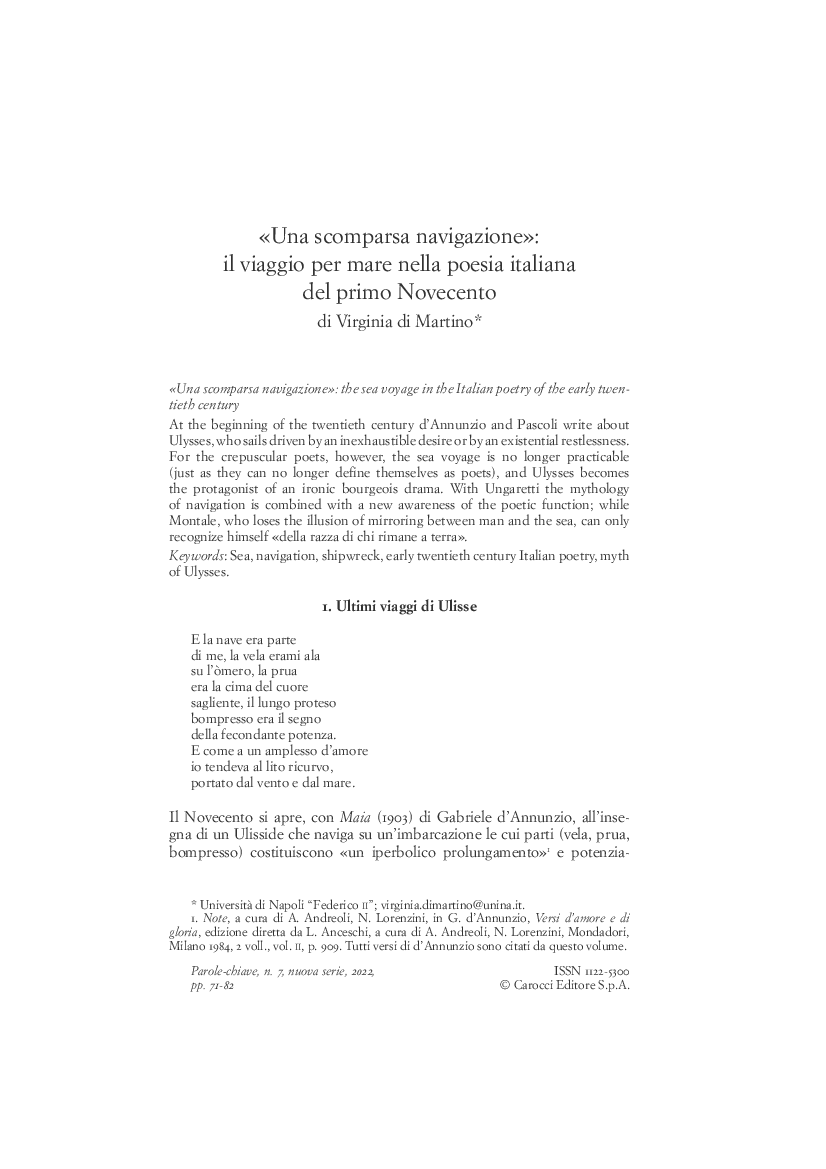