The ongoing war in Ukraine has brought international attention back to the Sea of Azov region, a disputed strategic hub between Russian Federation and Ukraine, an object of political-military and economic interests and, at the same time, a territory that plays a great importance, not only at political level, but also at cultural and ideological ones. Throughout its history, this region has not only been the centre of a network of commercial interconnections, but also a space of encounter of civilizations and a crossroads of peoples, cultures and religions, which have shaped its original multicultural outline. The conquest by the Russian tsars and the project they embarked on for the construction of the “New Russiaµ gave to this area a value that was both geopolitical and symbolic. The nowadays centrality is part of a long history of conflicting visions and projects. The Sea of Azov has once again become a disputed sea, no longer between empires, as it was in the centuries-old conflicts between Russians and Ottomans, but between the young Ukrainian national State, today under threat in its sovereignty and integrity, and Russia Federation whose neo-imperial ambitions seem increasingly to tend towards the reconstitution of the “New Russiaµ. 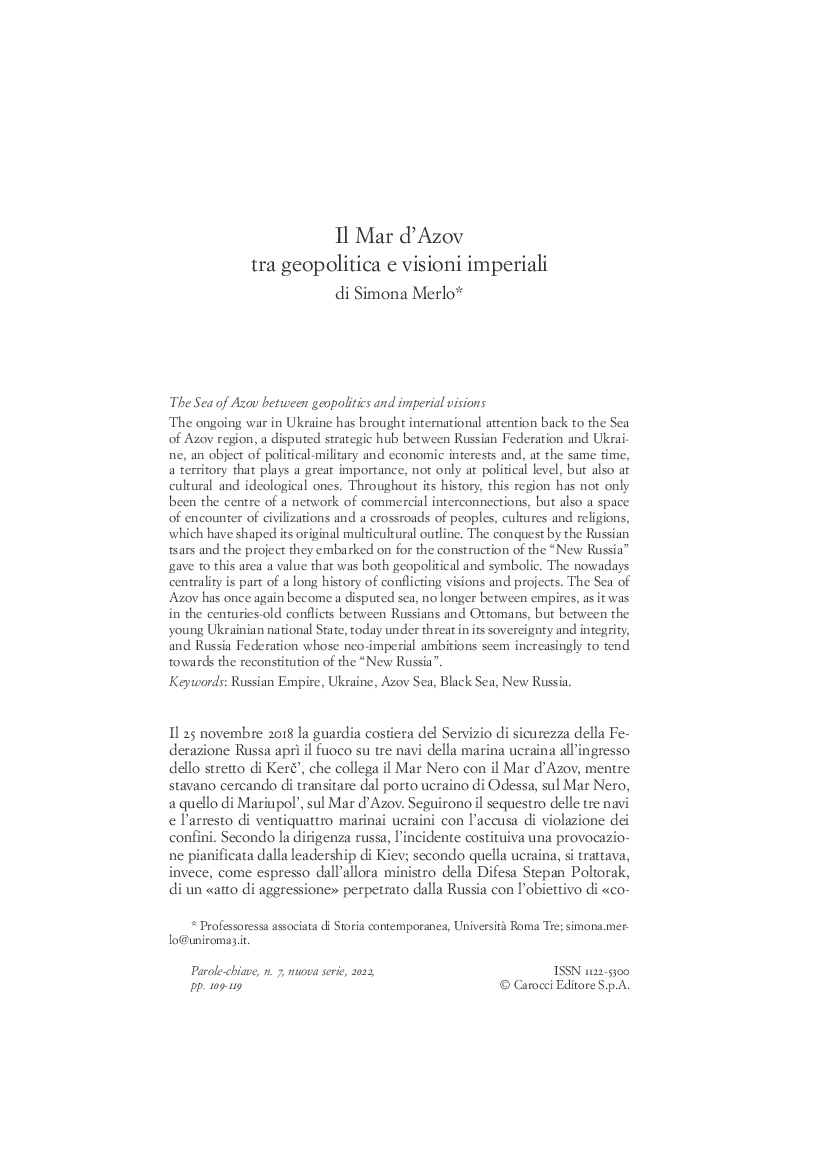