This paper analyses the way in which, and the reasons why, the Mediterranean Sea, from being a limes between lands, has become the frontier we know today: the space of an emblematic struggle for law and rights, which contrasts the policies of governments with the forced movements of people in migration and with civil society organizations that try to promote and protect fundamental rights. In this context, the direct experience of some search and rescue missions in the Mediterranean Sea has been used to highlight the extent of this conflict with respect to the violation of the national and domestic legal frameworks carried out by the European states, Italy in the lead, also through the involvement of the countries of origin and transit of migrant people. The alternation of darkness and lights on the Mediterranean space appears to be instrumental to the scopes of a power that, in Foucauldian terms, continually reshapes its methods of intervention according to its contingent needs and to the forms of resistance it encounters in its unfolding 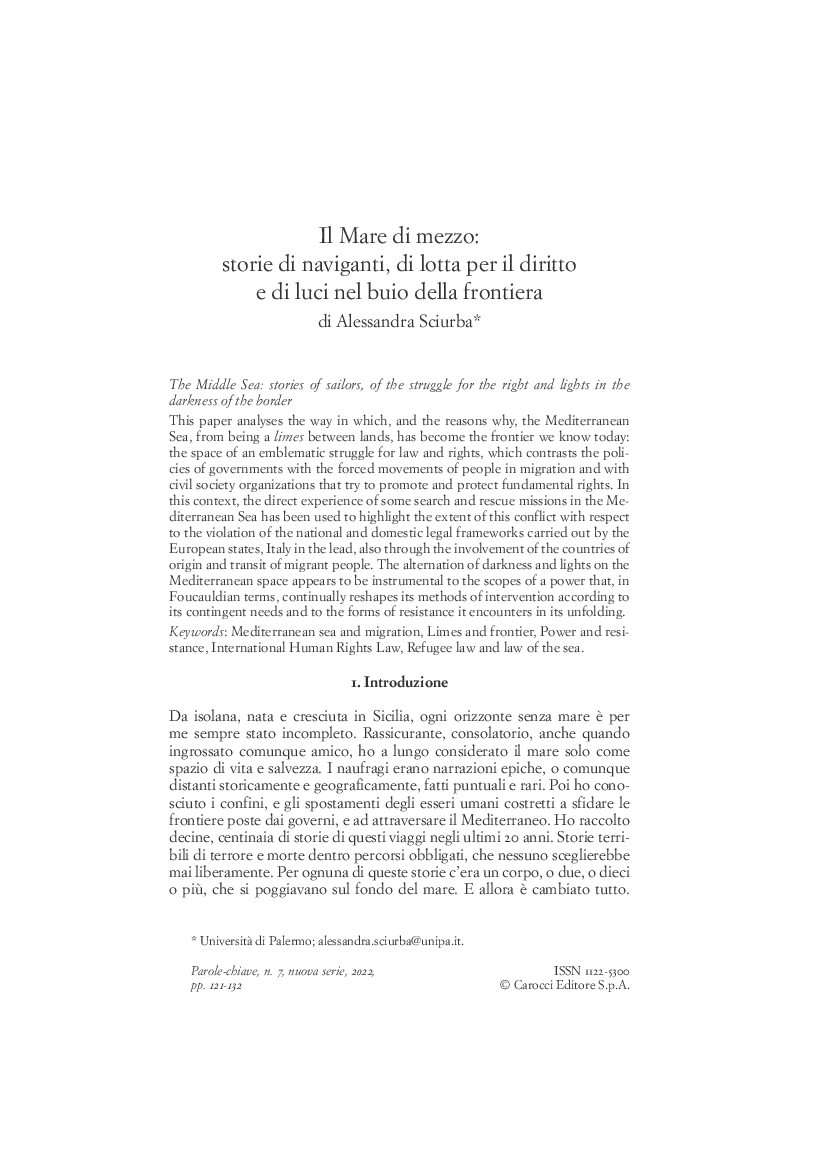