This article provides a descriptive and explanatory theoretical framework for understanding the birth and evolution of Italian psychology, especially in regards to the construct of the "crisis", which represents a recurring theme in the history of psychology. After being identified as an "independent science" at the end of the 19th century, outsiders criticized psychology due it its gnoseological roots; at the same time the discipline began establishing institutional roots that led to the creation of psychology as a "scientific discipline" in the 1900s. A detailed analysis of the most important writers - Benedetto Croce (1866-1952), Francesco De Sarlo (1864-1937), Antonio Aliotta (1881-1964), and Sante De Sanctis (1862-1935) - that assumed an "active role" in the historical context of the "crisis" demonstrates how the issue was dealt with in Italy. The analysis serves as the basis for proposing a review, using the historiographical categories of continuity/discontinuity, of the traditional periodization within Italian psychological historiography about the "crisis" of psychology and of science. 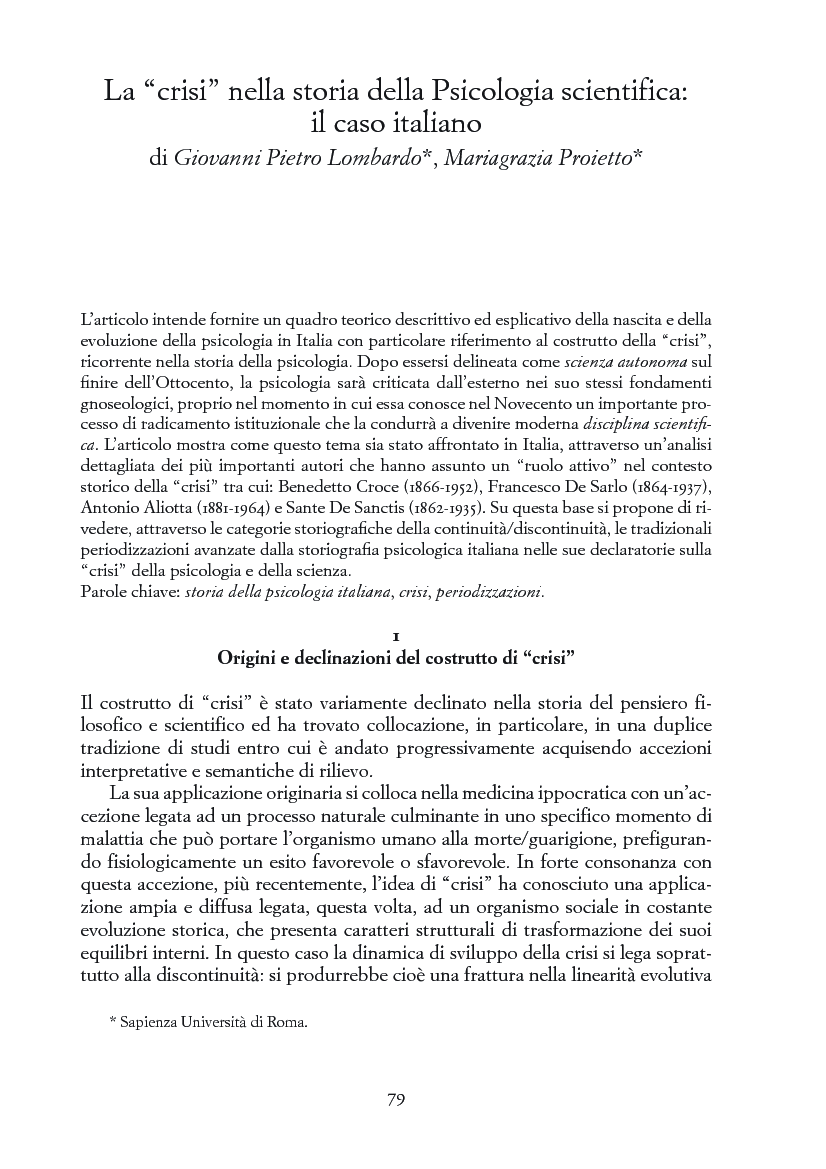