This article aims to analyze the role of the judicial field as “ownerµ (Gusfield, 1981) of the mafia as “public problemµ. It addresses the issue through two main aspects. The first concerns the authority that institutions and public opinion recognize to the judicial power as a source of a “legitimate definitionµ of the phenomenon mafia; conditions strengthened since the introduction of the crime of mafia-type association in 1982. The second concerns the performative effects of using the mafia label in claims making processes. To this end, it is proposed the study of the Ostia case, the tenth municipality of Rome which was commissioned in 2015 for mafia infiltration. The article analyses the intervention and interaction between historical moment, contextual and agency factors in the dynamics that since 2006, through multiple steps, have led to the definition of the public problem of Ostia’s mafias in 2013. In particular, the article looks at how, at a certain point, situations of illegality and crime that had lasted for years, changed their public consistency, becoming recognized problems. The judicial investigations conducted by the Rome Public Prosecutor’s Office, widely supported at political, institutional and media level, gave voice to existing instances, thus modifying the public consideration of local crime phenomena and the policies designed to counter it. 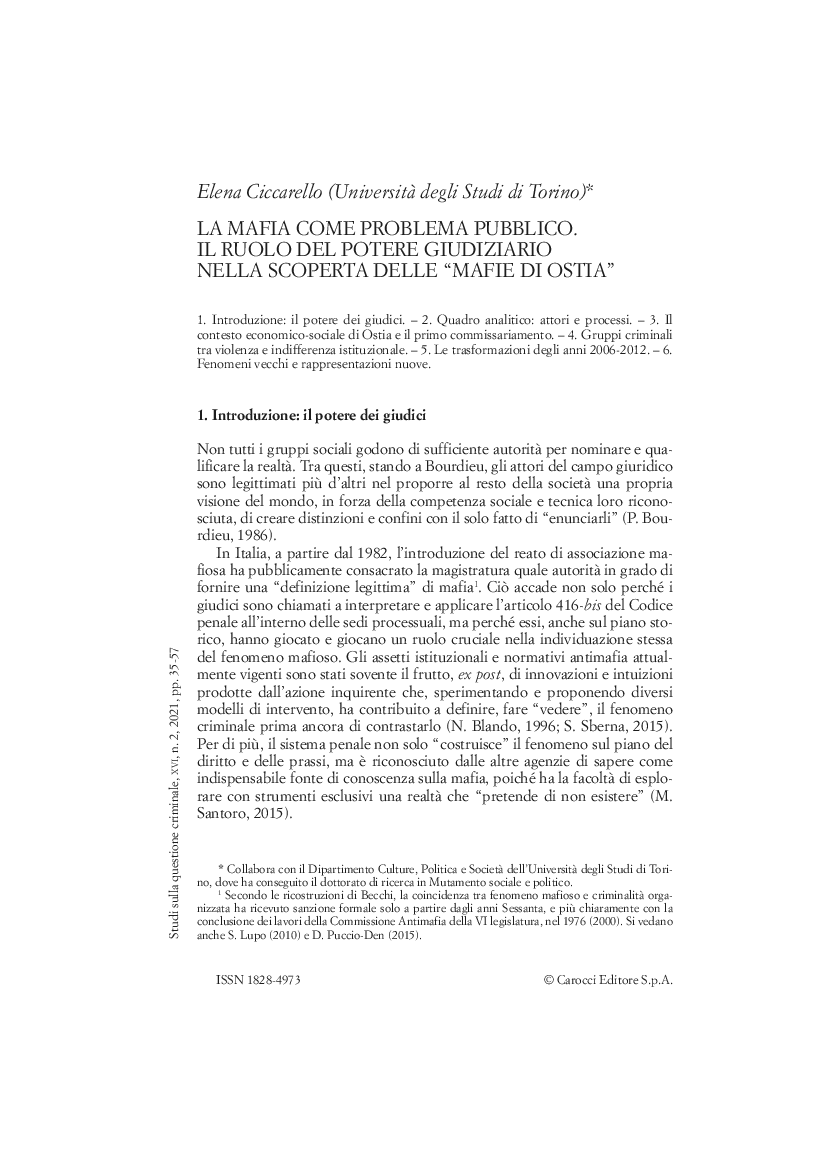