Dario Melossi participated in the Seminar held by Tony Platt and Jonathan Simon in the Fall of 2012 in the School of Law at UC Berkeley. He was asked to provide his views in relation to the Seminar. He then goes back to the Fall of 35 years before, when he moved from Bologna to Berkeley. He describes the chaotic and conflictual situation in Italy (and more generally in Europe) at the time and how he landed in Berkeley a few years after the closing of the School of Criminology, for political reasons. How he then learned about ethnic diversity and issues of migration through the eyes of the Asian-American community of the Bay Area thanks to his mentor in Berkeley, Paul Takagi. He eventually comments on the turning point represented by the decade of the 1970s, first in the US, later in Europe, from a cycle of escalating struggles in the factories and in all the most important social institutions, to the following years when, after the Reagan Presidency, a true capitalist "revanche" started to unfold, a "revanche" that was to be at the roots also of "the punitive turn". 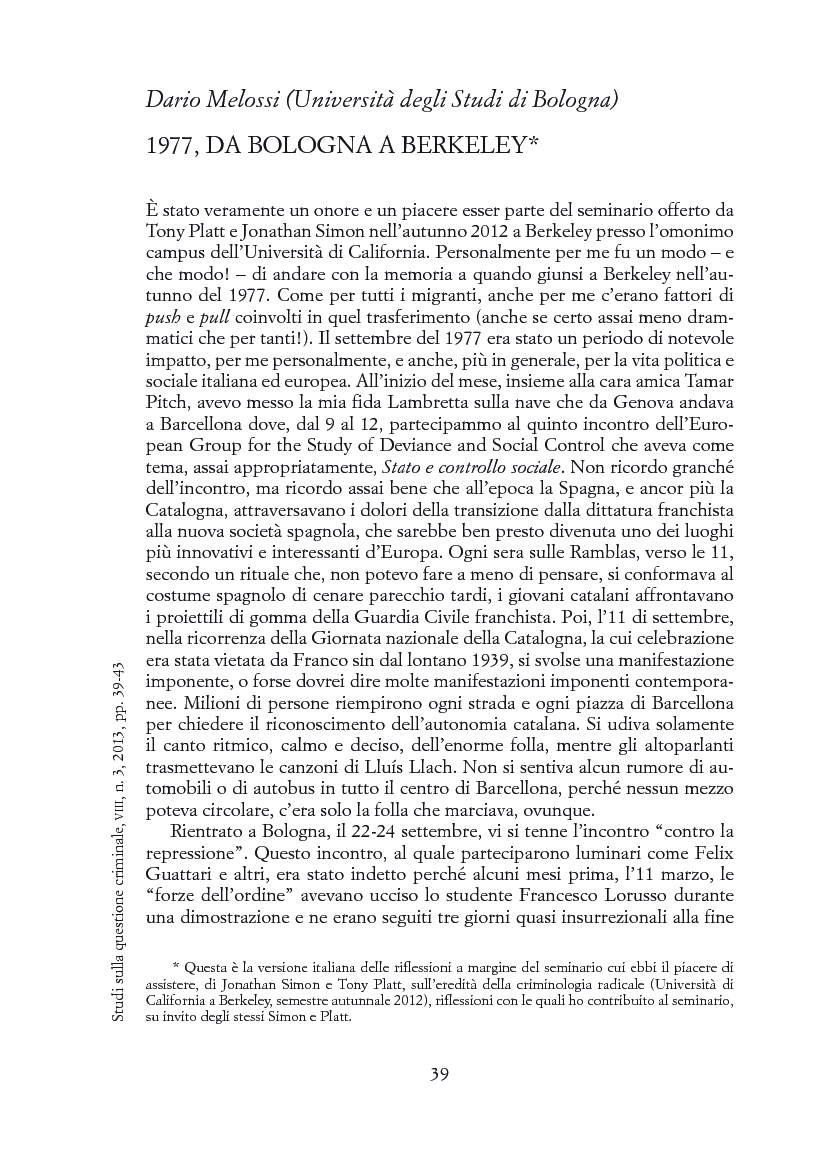