During the last years, several Mayors have showed an increasing attention to the procedures through which the status of residency is recognized. More specifically, these Mayors have narrowed the requirements to obtain the enrollment into the registry office of the Municipality. They have accounted their decisions referring to the need of protecting the safety of their citizens and the public decorum. Narrowing the access to the status of residency, these Mayors have drawn the line between legitimate local citizens - people who are formally recognized as residents - and illegitimate local citizens - people who are denied of the status of residents. As a consequence, the latter have been seriously damaged, as the denying of residency prevents the access to welfare provisions. Actually, these Mayors have tried to guarantee to a part of the local population what Robert Castel called "civil security" - which concerns the protection from crime and deviance - excluding the other part of the same population from "social security" - which concerns the concrete enjoyment of social rights. Despite the intentions of these Mayors, however, the link between civil security and social security - as we will try to show in this article - is more complex than it may appear: limiting the access to social rights to people who are already poor and marginal could stoke social conflicts, so that increase, more than reducing, collective insecurity. 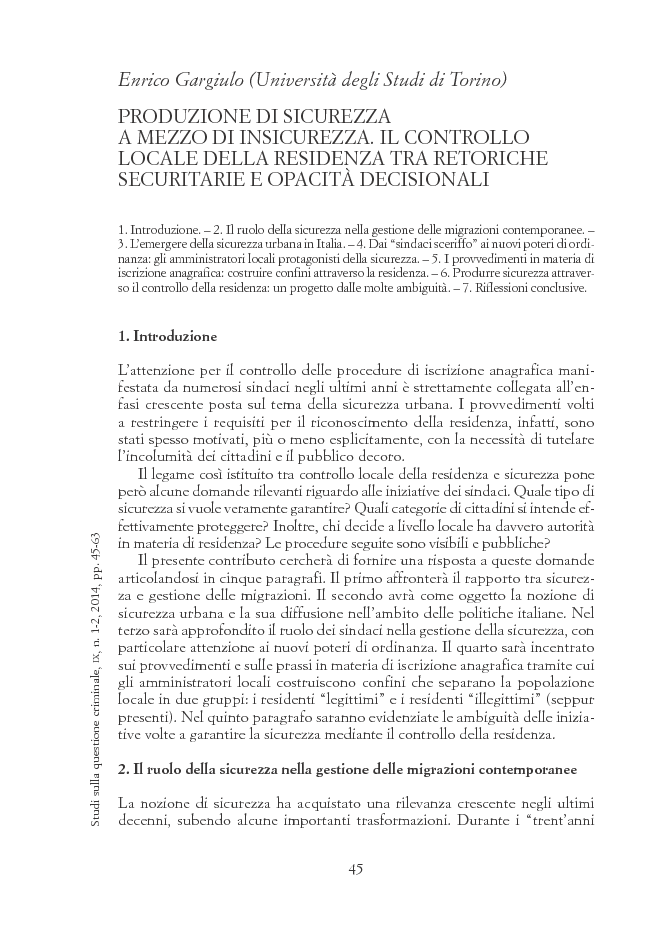