In the book "Ecopopulism" (1994), environmental sociologist Andrew Szasz, with particular reference to the issue of toxic industrial waste, explores through which paths the social perceptions of an environmental problem can change into radical actions. In recent years, the emerging field of "green criminology" (White, 2008) can take the credit for re-focusing the attention on the study of environmental crimes. However the processes of victimization remain still scarcely explored. As Matthew Hall (2013) reminds us, environmental victimization poses a series of new questions in respect to which the systems of criminal justice are not yet prepared. Firstly, the harms suffered can concern a large group or even a com¬munity of victims, sometimes holders of conflicting interests. Secondly, the per¬petrators are often corporations or States - hence the importance of elaborating concepts of crime broader than the purely legal ones and capable of intercepting also activities that are "ambiguous" from a juridical viewpoint. Lastly, the nexus of causality between fact and harm is extremely complex and this often causes environmental crimes to be seen as "crimes without victims". The aim of this contribution is to highlight the importance of the emerging perspective of green criminology in the study of corporate crime that causes socio-environmental harms (Altopiedi, 2011). In particular, it will be suggested that empirical re¬search on environmental victimization has a decisive role to play in this context. 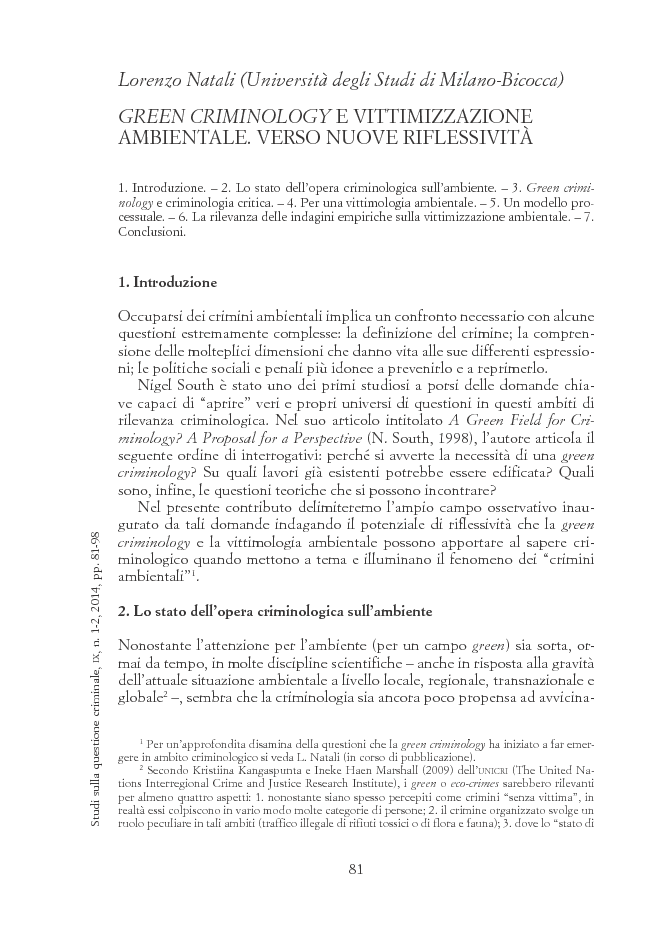