Piero Boni's culture can be defined 'socialist', although it was undoubtedly a union culture rather than a political or party culture. Boni is indeed the expression of the shift from prefascist to anti-fascist trade unionism, well rooted in the Italian resistance movement: his adhesion to socialism, conceived as a proposal to combine freedom rights with labour rights protection, stems directly from his opposition to fascism, perceived as a social oppression regime. Boni was a pragmatic man of action, not really interested in ideological disputes of the cold war period. He believed in the social value of labour, and was utterly convinced that union organisations are the driver of social progress and of the construction of social citizenship. All of this in the context of conflictual pluralism which, in his opinion, had to be a feature of the Italian political system of the 1960s. 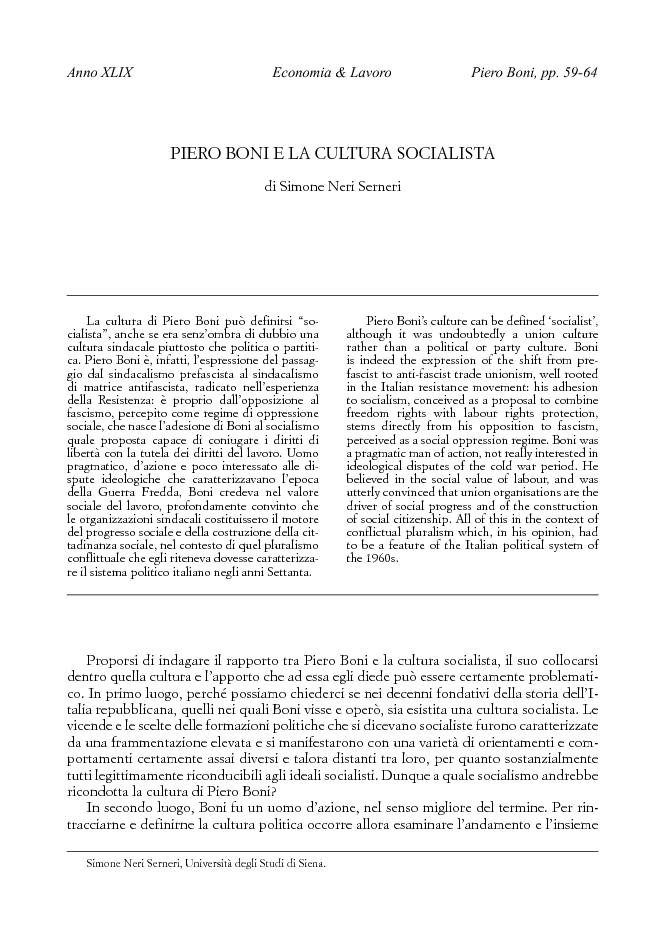