The paper argues that industrial policies appear to be the appropriate structural reforms to the current difficult phase of construction of a new international integration in the era of globalization. In these interventions, aspects of effective demand and supply coexist, overcoming the one-sidedness of the 'structural' measures concentrated on the costs side of the labour market. Like all the other measures proposed within the 'economics of supply' perspective, these measures have been shown to be able to have significant effects in increasing income inequalities, but to have little effect on growth and therefore on the investments required to face, in the crisis, the structural upgrading and conversion of the economies. In the case of Italy, it is argued that the 'structural' measures directed towards achieving a greater flexibility of the labour market are based on two premises which, on closer examination, turn out to be unfounded: the idea that we should import labour market reforms implemented in Germany since they are the basis of the export-led development model of Germany, and the idea that Italy would suffer a clear loss of price competitiveness that would require an adjustment in relative wages. It is argued that these analyses are based on definitions of 'competitiveness' and 'specialization' not able to represent the complexity of the ongoing changes, and thus they lead to policies doomed to failure. 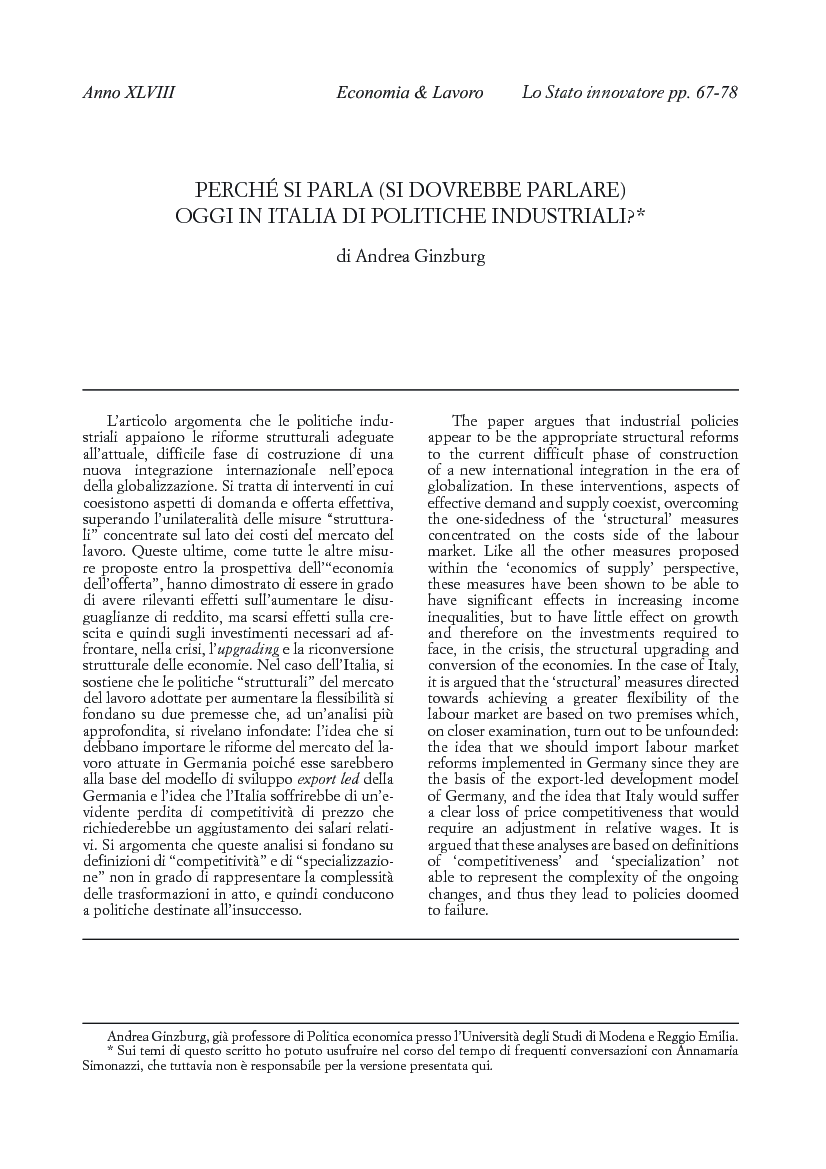