This paper assumes the framework set up by Mariana Mazzucato in her book on the entrepreneurial State to devise some hints on the needed industrial policies to lead the EU out of the present crisis. Firstly the paper argues that for a realistic public discussion on this topic is relevant to analyse the path of industrial change and restructuring in the EU going back to the Delors' plan. New industrial players came to the fore with the power to structure and manipulate the new industrial and economic area. The new industrial configuration, organised beyond the traditional national frameworks, is displacing both the traditional analytical criteria, on the trade flows within the EU, as well as the EU's institutional set up, namely the jurisdictional boundaries of public policies, according to a transcalar system. Secondly, the very concept of full employment as the main mission of growth and of public authorities' political decisions, namely on innovation, was dismissed. Thirdly, What is innovation about? A new innovation concept is needed. If macro-economic as well as social aspects are taken into consideration, it becomes necessary to pose a series of questions: Innovate what? Innovate to achieve what? To generically satisfy a client/consumer irrespective of the nature and the quality of the demand? Or vice versa, to establish the hierarchies of the objectives? A set of priorities decided in a democratic process, that is, in a process where the elected and democratic bodies have the power to set the economic agenda. Why innovate? 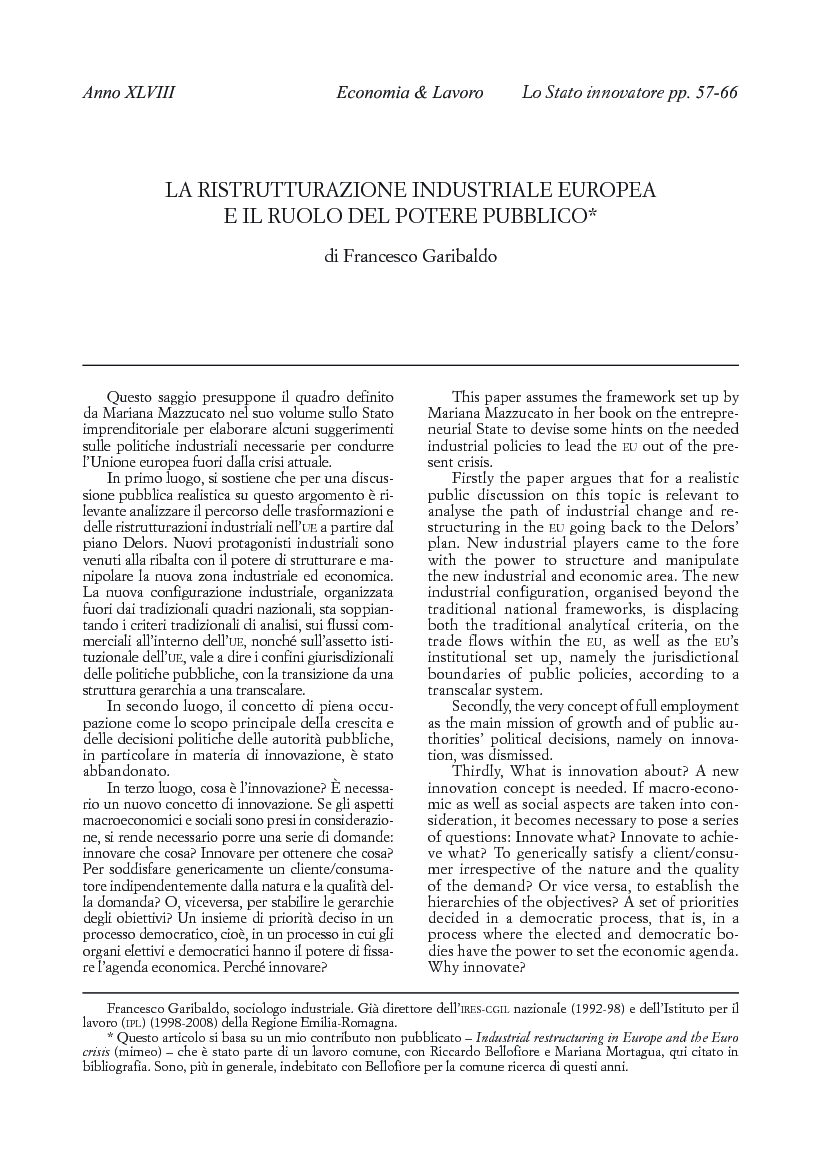