Using an ad hoc database, the article analyses the role of foreign-controlled manufacturing multinational enterprises (FMNE) in an industrial area of particular interest: the Bologna-Modena- Reggio Emilia triangle. We focus on four aspects. The first is their weight in the local economy (in terms of employees, turnover, and exports). We then examine the relationships with the product market, the trade flows between the branches of the FMNE, and the relationships with the firms of the local system. A taxonomy is proposed that provides a first reading on the factors determining the location in the area and on the role of the branch in the value chain of the FMNE. This taxonomy shows clear heterogeneity among the incoming companies. We then proceed to examine the performance of FMNE (in terms of productivity) with a sample of homologous domestic companies, using a GLS model and constructing the counterfactual with the propensity score matching method. The results suggest that there are no significant differences in terms of efficiency between domestic companies and foreign-controlled companies. The existence of external economies (spillovers) must be traced primarily to connections, à la Hirschman, with the productive systems and local industrial districts, and not to the (presumed) superiority of the technological and organisational assets held by FMNE. This interpretation is reinforced by the fact that, in this area, very few foreign direct investments (FDI) are greenfield, while, on the other hand, cherry picking phenomena are widespread, i.e. the incoming multinationals acquire companies included in local productive systems and in industrial districts, companies that are already efficient and technically competitive. Finally, the behaviour of FMNE and domestic companies is examined over a period of time (2008-2015) that includes the entire cycle of the economic and financial crisis, highlighting the emergence of very different strategies. We conclude by proposing an analytical scheme capable of explaining the results obtained. 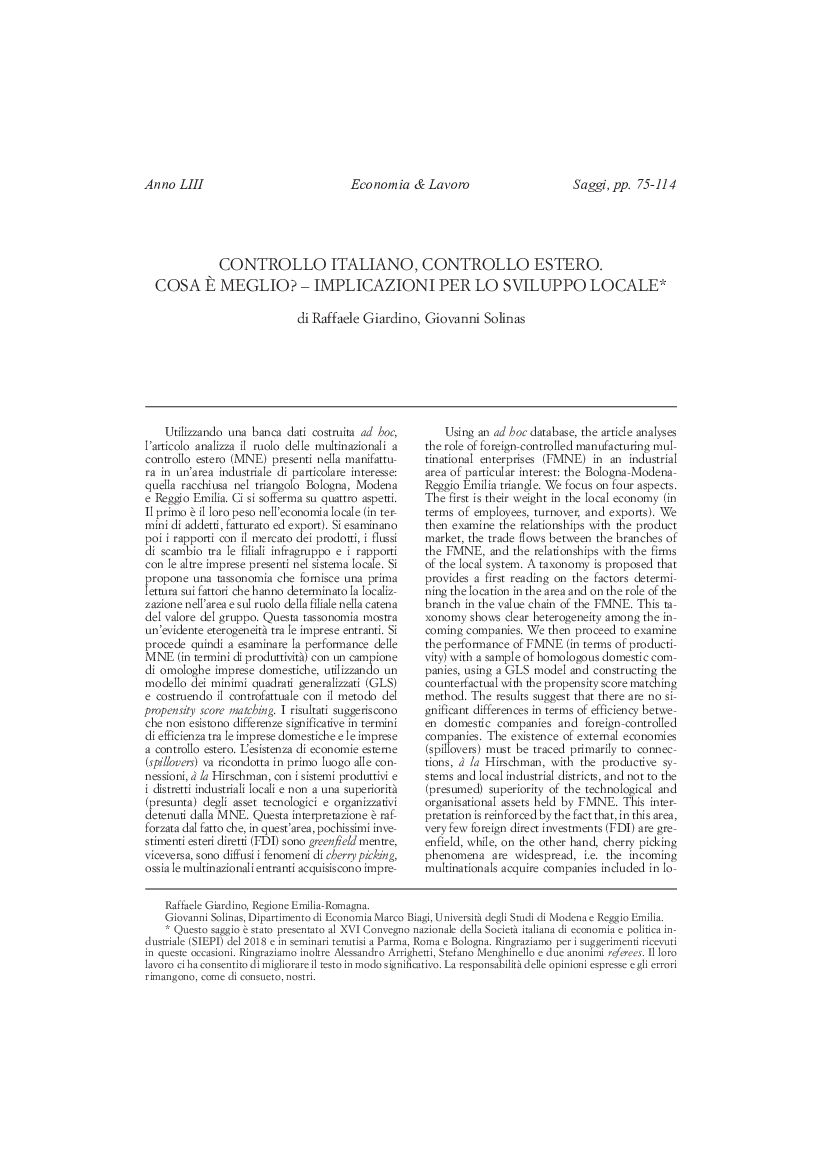