In the light of the potential and challenges of recent technological and organisational transformations, the voice of workers' representatives claiming a proactive role in innovation management is increasing, at both national and international level. However, little is known about the measures already implemented in this regard. Devised in Italy and Germany, respectively, the initiatives of FIM-CISL of Brescia and IG Metall of North Rhine-Westphalia represent two preliminary attempts to attain the objective of joint labour-management innovation planning. The comparison between the two experiences not only sheds light on the differences between the two countries, which are ascribable to the varieties of capitalism and industrial relations, but also allows for the identification of common lines of development, among others the emergence of new actors, the demand for planning skills for workers' representatives, and the widening of the space for labour-management interaction beyond the scope of formal negotiation. The deepening of these developmental trends stimulates thinking on the possible contours of a new system of industrial relations that, by moving on from a short-term negotiating style and by integrating a long-term perspective, can contribute to innovation with a suitable degree of dynamism, flexibility, and trust between the parties. 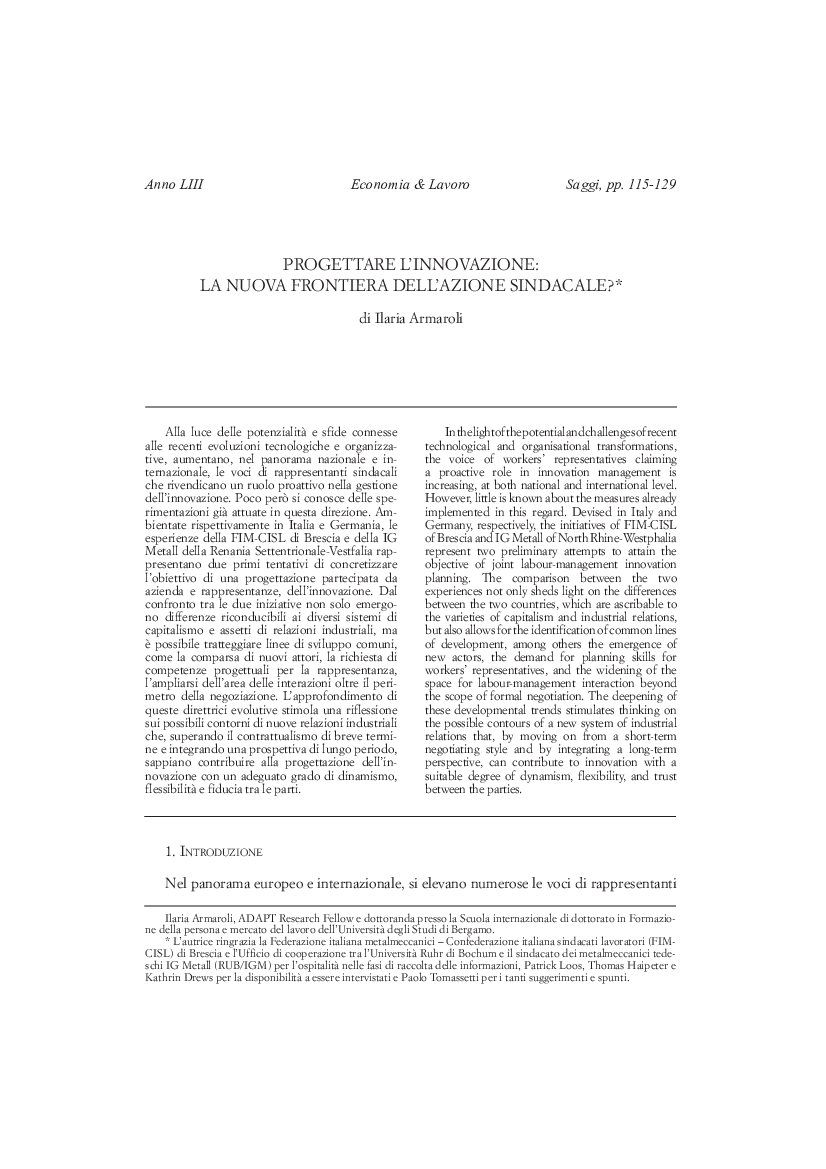