After a brief overview of the national edition of Dante’s works and the essential critical bibliography concerning the poem’s text, the author focuses on Petrocchi’s edition of the ‘antica vulgata,’ on the subsequent attempts by Lanza and Sanguineti (based on Bédier’s method), and the generous experiment by Paolo Trovato (based on Lachmann’s method). These proposals can be integrated with the idea (supported by Padoan, Pasquini, and Veglia) of a diffusion by groups of cantos characterised, from the outset, by the interference of oral transmission. The article also examines a number of supposedly indifferent variants (taken from Petrocchi’s critical apparatus), where one of the two alternatives can be recognised as the copyist’s initiative, so as to exclude any doubt that it provides an authorial variant. 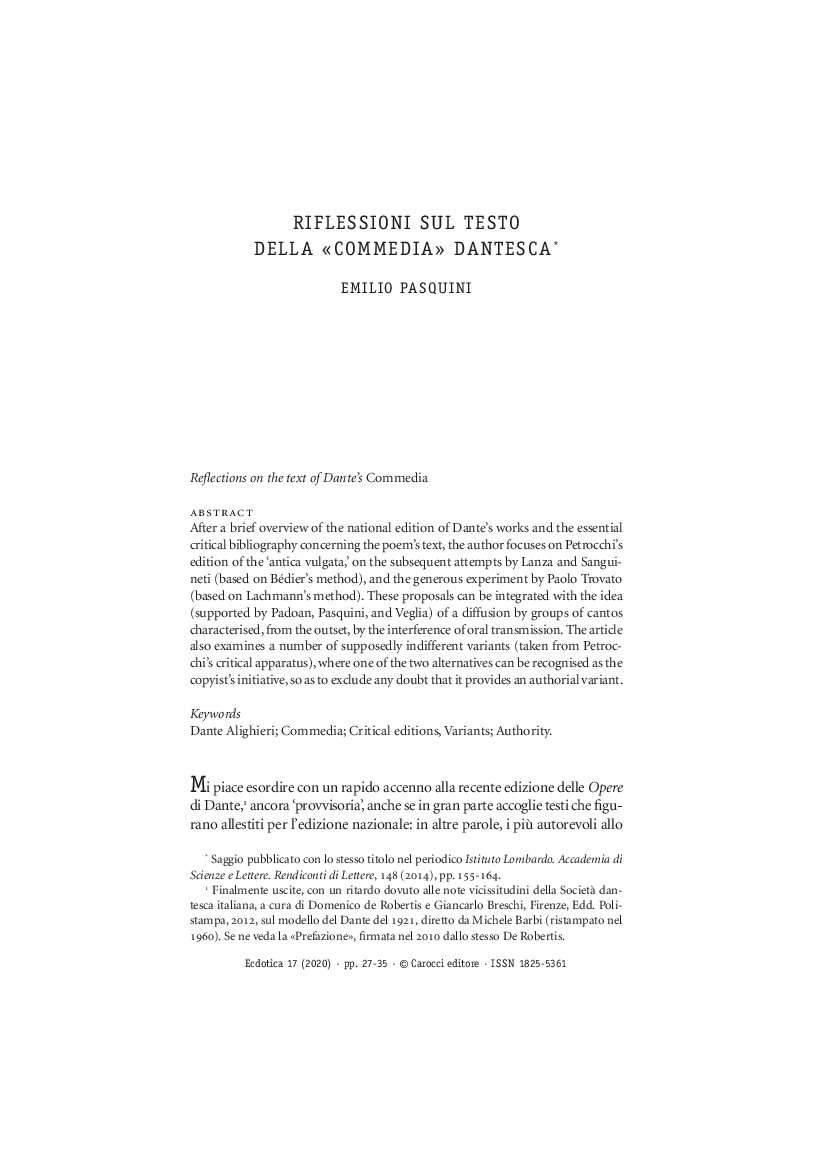