‘Authorship – authority – authorisation – the author – the author’s will – the author’s intention’: these form a cluster of notions whose validity for scholarly editing I fundamentally question. Taking measure from a historical survey of the discipline’s principles and practice from their institution under the dominance of stemmatics up to their main present-day “author orientationµ (Shillingsburg), I see the need to split the terms ‘author’ and ‘authorship’ into a pragmatic versus a conceptual aspect. What textual scholarship engages with, directly and tangibly, is not authors but texts – and equally not works but texts – materially inscribed in transmissions. In the materiality and artifice of texts, ‘authoriality’ is accessible conceptually only, in a manner analogous to the Foucauldian ‘author function’. Under such premises, as well, ‘authority’, ‘authorisation’ and ‘authorial intention’ become recognisable as exogenous to texts, not integral to them. Consequently, I propose to abandon ‘authority’, ‘authorisation’ and ‘authorial intention’ as overriding principles and arbiters in editorial scholarship. Scholarly editing instead should re-situate itself in relation to texts, to textual criticism, to literary criticism and to literary theory alike, and to do so by re-focussing the methodology of its own practice. It should relinquish the external props termed ‘authorised document’, ‘textual authority’, or ‘authorial intention’ hitherto deferred to. Instead, it should revitalise skills fundamental to inherited editorial scholarship, namely those of critically assessing, and of editorially realising, textual validity. To re-embed editorial scholarship in literary criticism and theory, moreover, the interpretative and hermeneutic dimensions of textual criticism and scholarly editing will need to be freshly mapped. 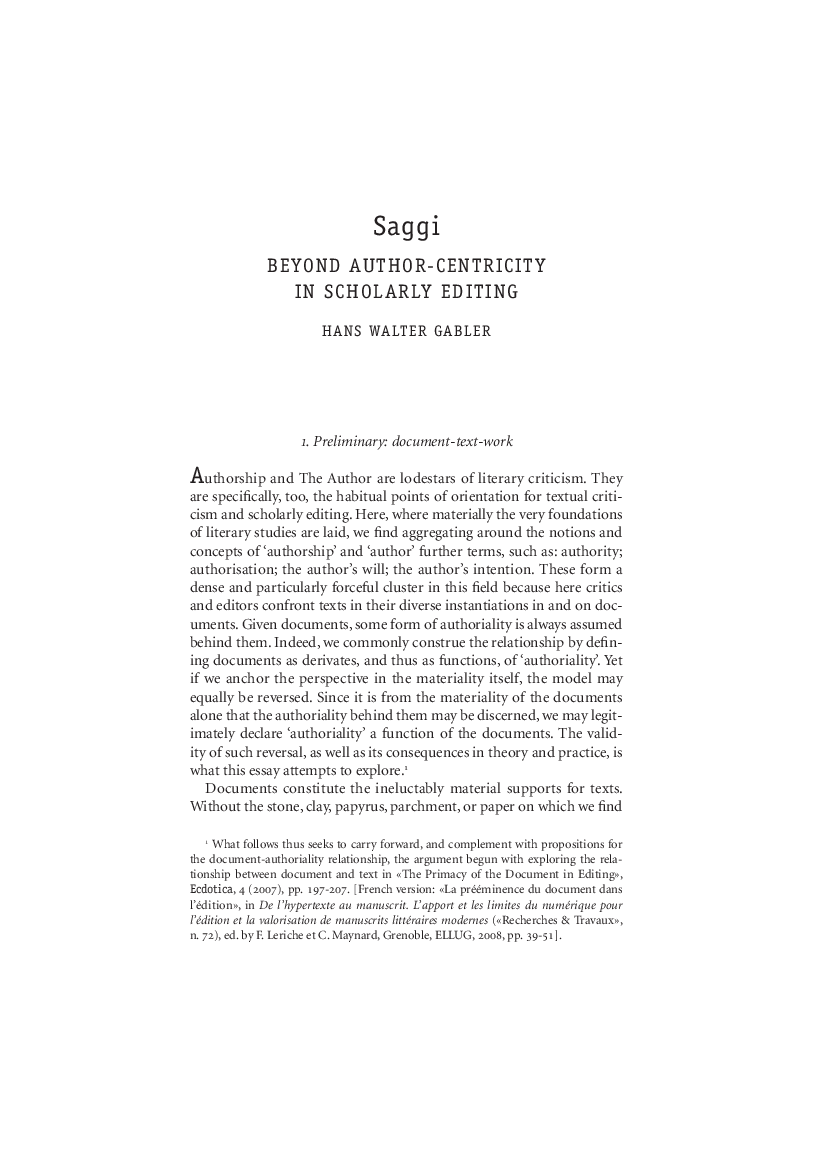