The literature of stemmatics is rich in discussions of two phenomena which, it is commonly held, render the orderly assignation of manuscripts into families problematic, even impossible. These two phenomena are coincident agreement (where unrelated manuscripts share the same reading, apparently by simple coincidence) and contamination (where a manuscript combines readings from two or more manuscripts). In this article, we suggest that there is a third area of difficulty which causes considerable problems to the stemmatic project. This third area is the phenomenon of multiple manuscripts within a tradition which cannot be assigned to any family because there is no consistent pattern of agreement in introduced variants between them and other manuscripts. This phenomenon can be seen in four different textual traditions: those of the Old Norse Svipdagsmal (46 witnesses, 1650-1900); the Canterbury Tales (88 witnesses, 1400-1600); the Commedia of Dante (c. 800 witnesses, c. 1330-); the Greek New Testament (c. 5000 witnesses, 150 c.e.-). The likely occurrence of this phenomenon in textual traditions requires attention from editors. 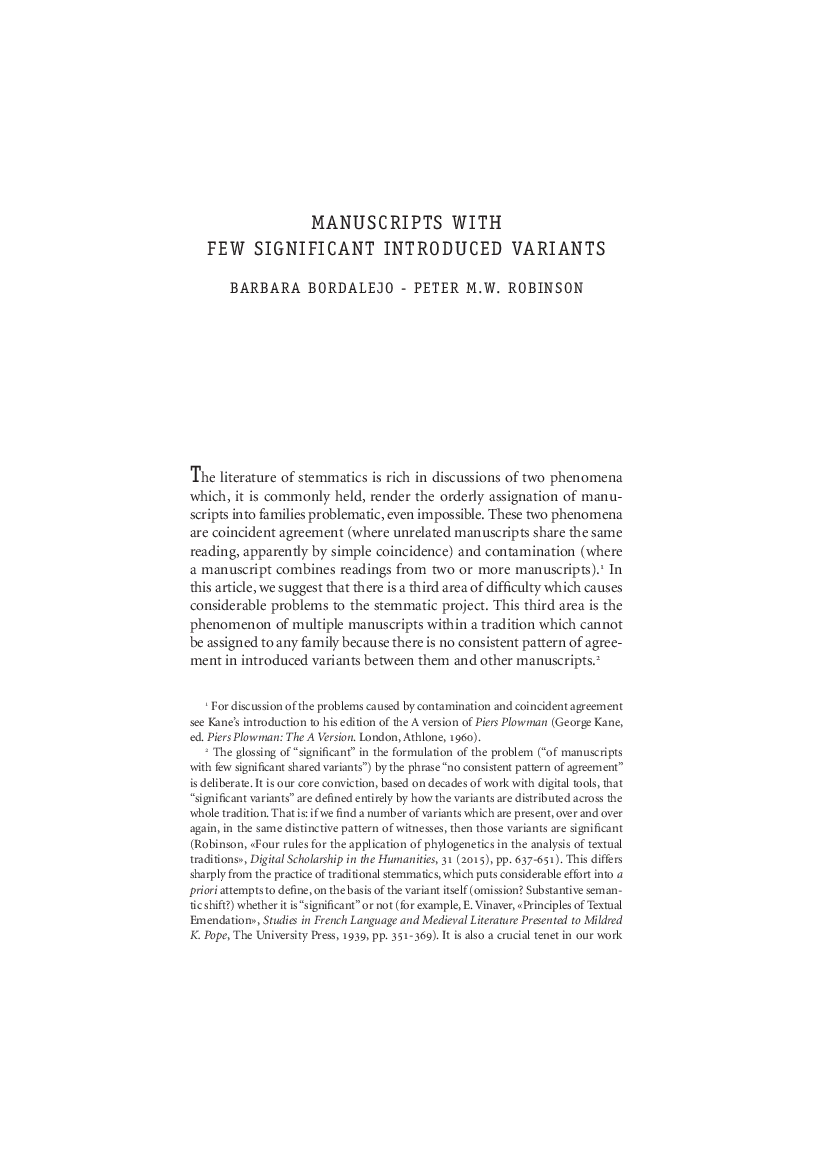