This article investigates the still unedited German version known as DI of Marco Polo’s travel narrative. In particular, a stemma of branch DI is proposed here for the first time, establishing the basis for a (digital) scholarly edition of the text. The latter represents the outcome of a project that the author of this study is carrying out in an international collaboration. While some branches of the stemma representing Marco Polo’s textual transmission have been extensively studied, the medieval German version DI has not enjoyed much scholarly attention. This is quite remarkable, given its significance not only for the German context per se, but also for the study of (at least) the Tuscan version TB, which was the source text of the German translation. Specifically, the establishment of a critical text for TB cannot ignore the readings of DI, as is shown in this contribution. Although DI has come to us in two manuscripts, one fragment and two incunabula, many of the scholars who have dealt with the German translation in question, such as Ertzdorff (1992) and Nushdina (2004), have not even acknowledged the existence of manuscript witnesses attesting the DI version, limiting their observations to the text conveyed by one incunabulum. It follows that no stemma has ever been proposed for DI: the present article attempts therefore to fill this gap and to shed new light on DI’s textual tradition, through an analysis of the characteristics of the extant witnesses and their relationships. 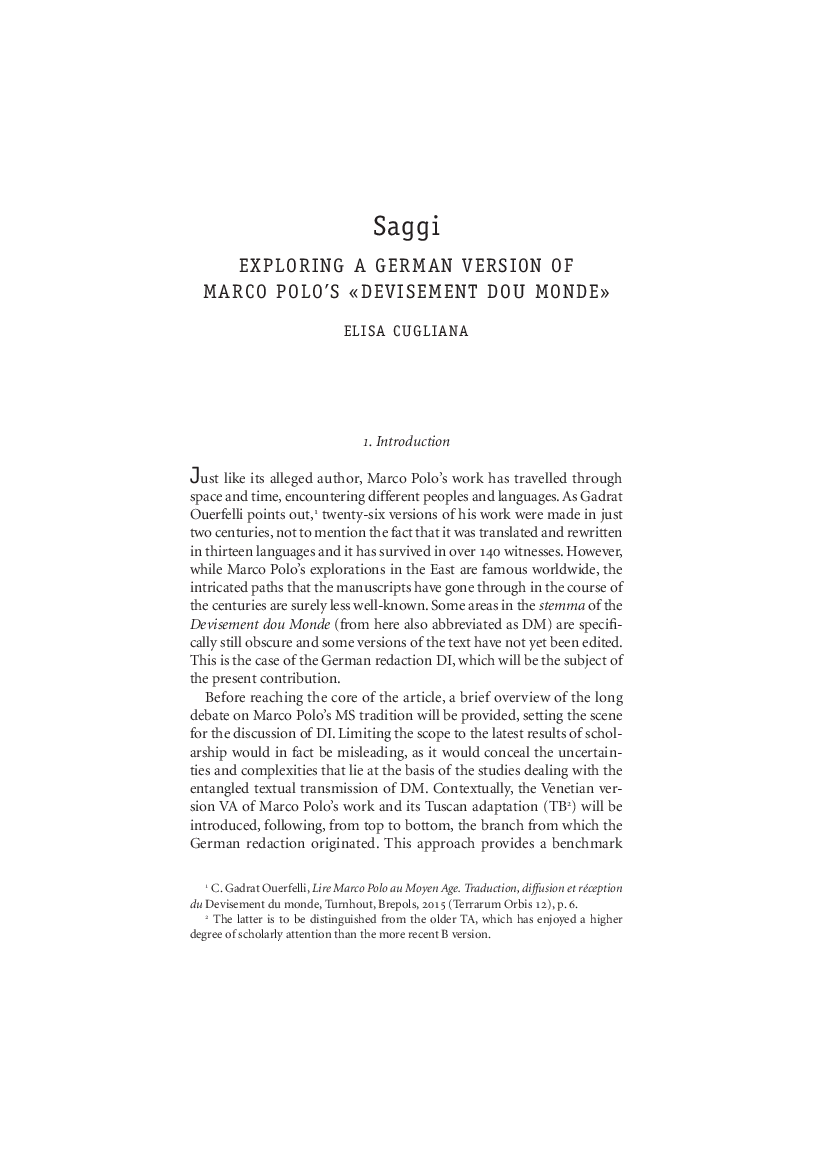