Renaissance printers usually had only a small quantity of type available and therefore were loath to keep a forme standing any longer than was strictly necessary. However, there are cases in which the printer set aside one or more typographical formes, in order to spare time in recomposing a portion of text he expected to use again during the printing of the same edition (or another one). This typographical procedure is called standing type. Demonstrable examples of it are rarely found up to the xviii century: the very first occurrence, at the present stage of research, appears in an edition of the Summa theologica by Sant’Antonino, published in Venice in 1503. The printer, Lazzaro de’ Soardi, cleverly adopted this practice in order to save time in printing the prefatory material to the text, written by friar Alberto da Porlezza, which he needed to include in each of the four parts of the Summa. This article provides an indepth analysis of this early application of standing type, a thorough survey of the characteristic of this peculiar edition, as well as a census of the surviving copies preserved in libraries in Italy and abroad. 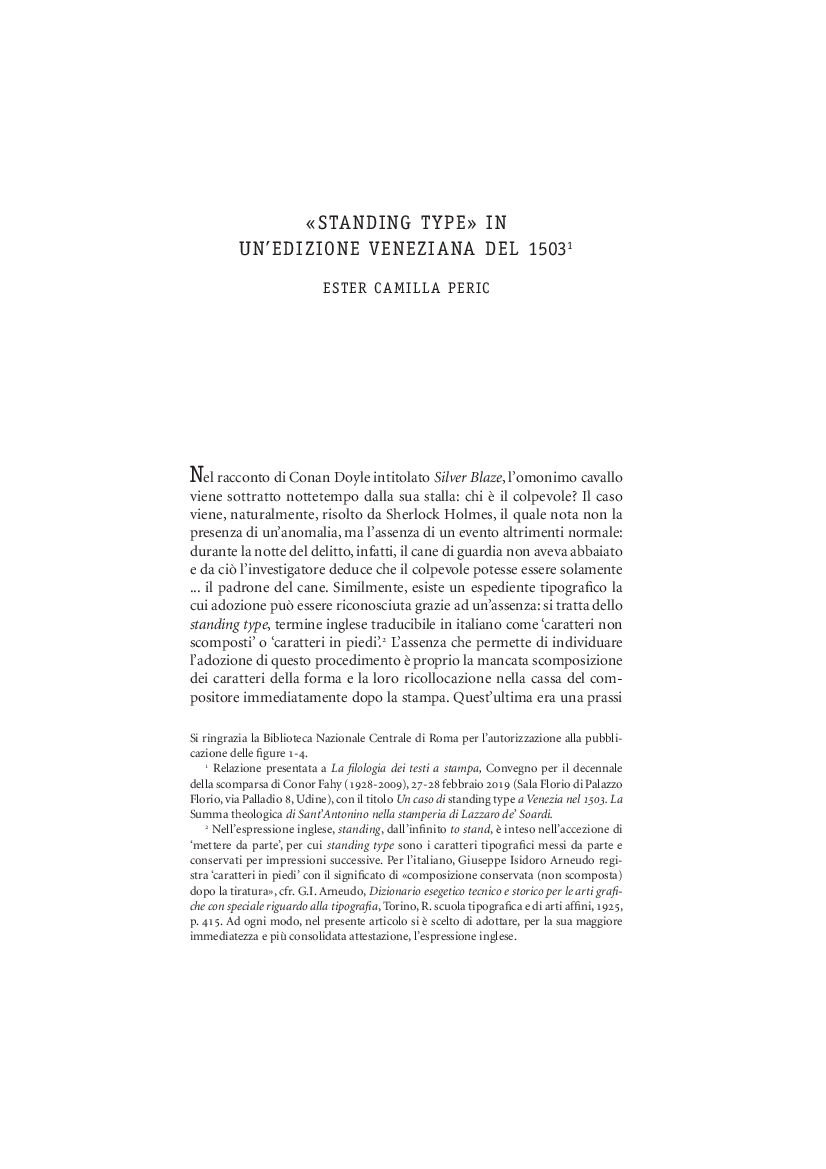