The legitimate pretension to the "return" of the lands traditionally owned by indigenous peoples, and occupied by different social actors, to the original owners, has gained a growing importance in the context of the general topic of "restitution". This general obligation, self-imposed by anthropologists collaborating with indigenous people, concerns not only the results of their investigations, but also the objects of material culture collected and accumulated in European and American museums. A number of studies and researches conducted by anthropologists and jurists stressed the fundamental importance of the material and spiritual links with the land occupied in all the indigenous societies of Latin America as well as other continents; therefore the establishment of specific rights of use of the land also includes the social links with some localities, in terms of memory of past events, as well as daily activities, contributing finally to the construction of the identity conscience of those populations. The International Institutions and the Court of International Justice have recently made active interventions in defense of the territorial rights of the indigenous peoples, admitting the numerous violations occurred in the past and the corresponding right to restitution in the present. Some specific case studies of controversies regarding the restitution of the lands are examined, concerning countries such as Belize, Colombia, Paraguay, Argentina and Brazil. In conclusion, it is proposed a theoretical-conceptual discussion about the juridical topic of "Law of Property", as it developed in the long history of Western culture. The author thinks that frequently the un-critical adoption of the western concept of "individual and exclusive property" has negatively influenced both the investigation and the political treatment of the topic of the rights of indigenous peoples. Some conclusive references to recent critical points of view, stressing the "plurality" of the forms of property relations among the different societies, are discussed. The general suggestion coming from this study is the necessity of treating those important topics adopting a method of full and balanced collaboration between anthropologists and jurists 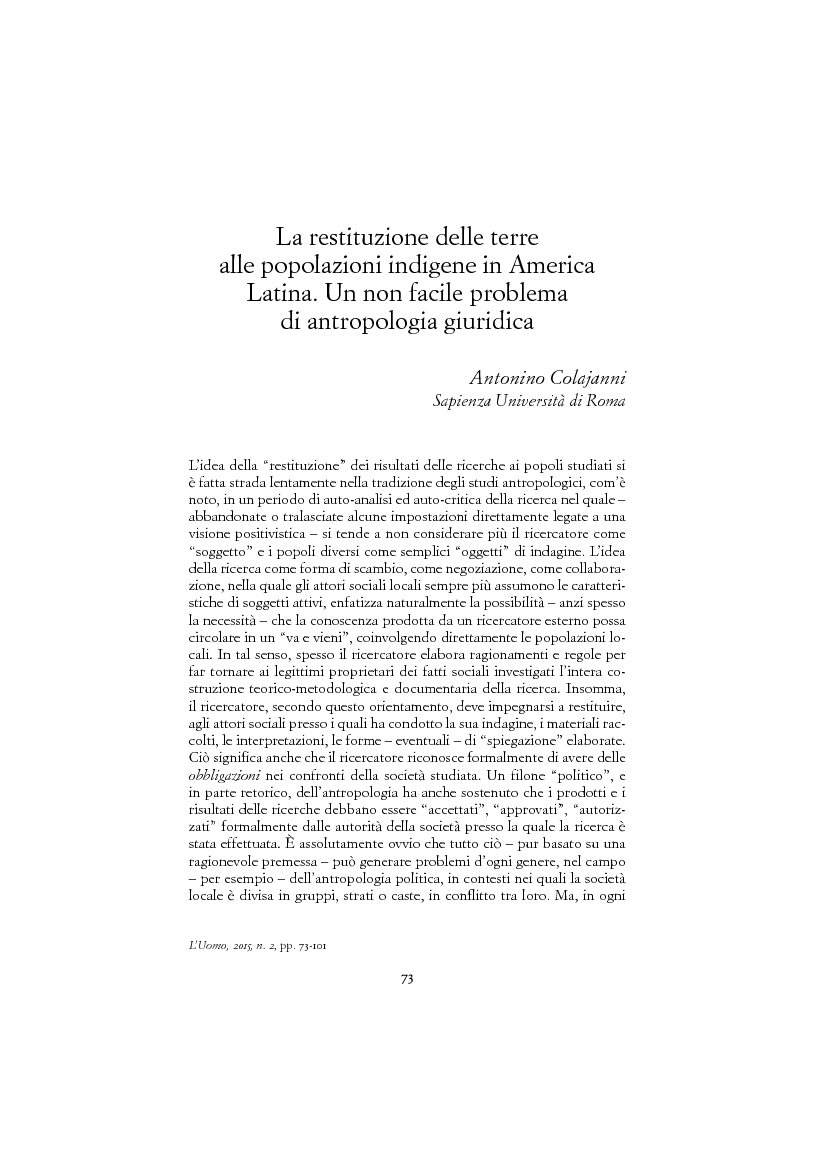