The investigation on the military occupations in Europe during World War I has undergone an articulated evolution in historiography, with isolated peaks of interest (during the war and immediately after its end), and long phases of diffused disinterest. In the last two decades, international historiograhy has devoted renewed interest to the topic. Several regional monographies were devoted to the study of specifi c regional cases, in particular with renewed interest for the situation in the East and in the Balkans. These monographs-offering new and interesting insights on specifi c situations-move from two main perspectives: fi rst, the trend to consider (or at least critically checking the thesis) World War I a «global» confl ict, which involved both the military and civilians, in particular in the occupied territories, thus in analogy to the following general confl ict in Europe. Second: investigating continuities and discontinuities, analogies and differences between World War I and World War II, as far as Germany is concerned. The essay offers an overview of the different forms of occupation policies enacted 1914- 1918, with the result of enhancing scepticism with regard to the last interpretations (or perspectives) cited above. 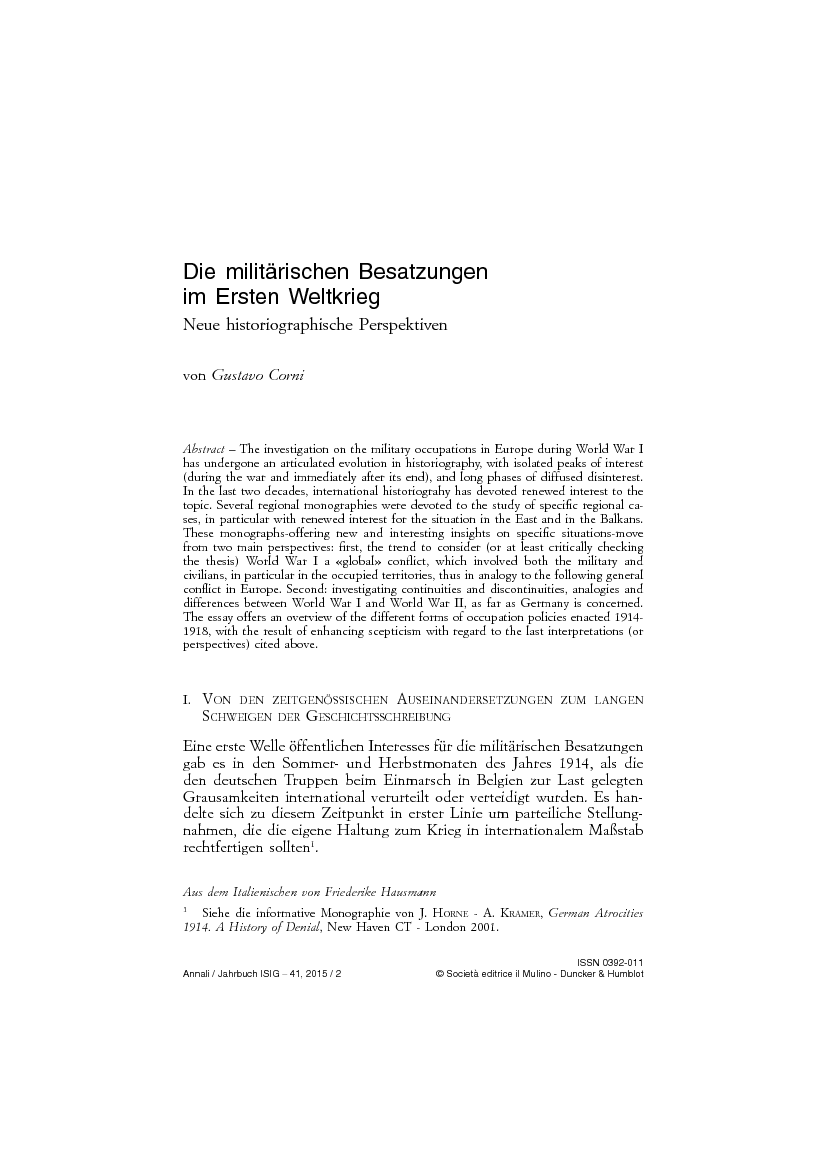