The attitude of historians towards violence during the last twenty years has taken on the kind of importance that was previously attributed to revolution. If for a long time violence had been considered an unfortunate but unavoidable side effect of political and social transformation now it is central in historical discourse. Violence has taken on a central and constituent role in the new hegemonic scheme of historical memory, a necessary ingredient of the sacral dimension that accompanies the symbolic and mystical-identity making reuse of the past as seen through the fi gure of the martyr and its executioner. There is therefore some merit to be found today, in the light of the recent centrality of violence in the history discourse, in reconsidering the ways in which the historiography of the early modern age has addressed the issue of popular violence over the last three decades. This is what will be attempted in the pages of this essay, which aim to turn the spotlight onto the tendency to project violence onto a rather ambiguous subject, the armed crowd; a fairly opaque subject at best. In addition, this tendency to ascribe violence to a predetermined and insubordinate subject highlights the inclination towards concentrating violence in someone other than us, in a subject who «does the dirty work for us», and thus literally displays the repugnant, disgusting, and terrifying side of humanity, conceived as possessing an atavistic animal quality that enables it to perform barbarous feats: ritual mutilations, physical and symbolic violence, the shedding of blood and fl esh, right up to decapitation and anthropophagy. Forgetting how any discourse on violence should instead take its cue from institutional and conventional practices, from the violent yet routine imposition of the social norm. Violence, in the end, should be seen not as «a thing», or as an act or a complex of acts, but as a criterion used for discerning the good and the evil, a moral judgment. 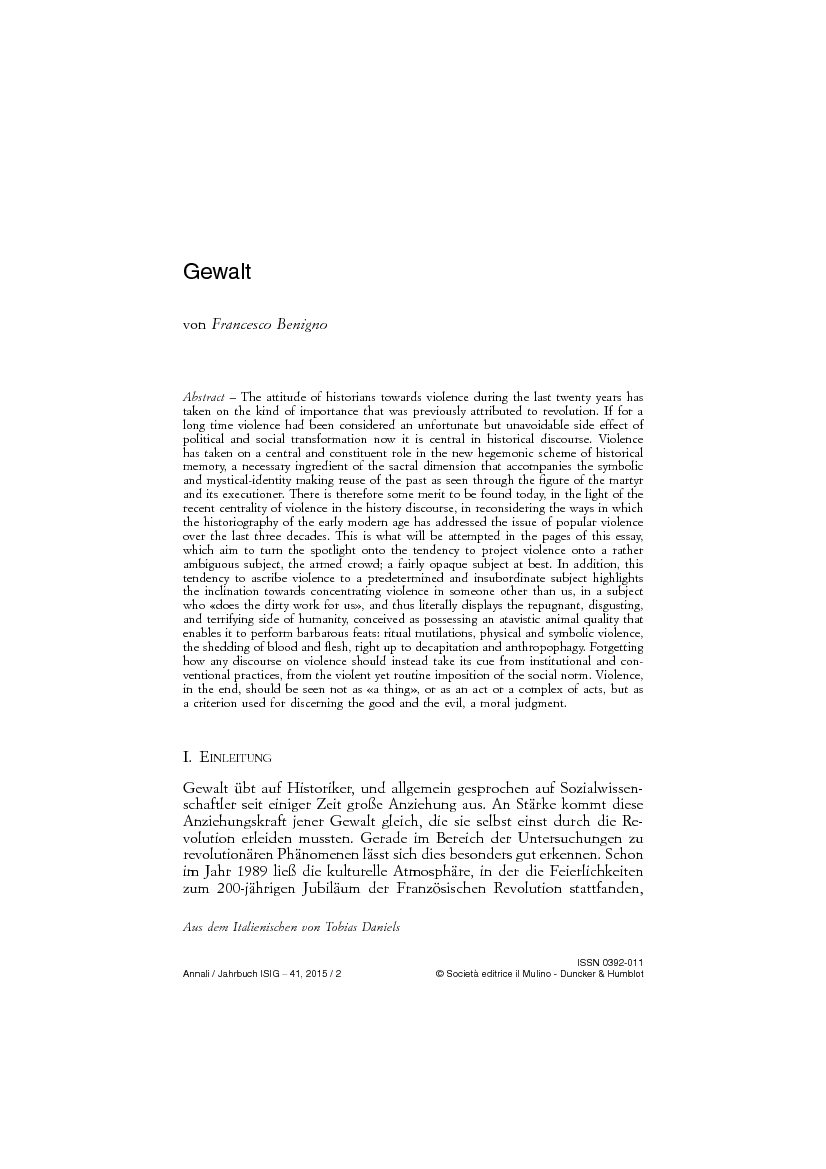