This essay represents an extract from my doctoral dissertation, which analyzed the consumption of television in Italy during the 1950s and 1960s. Although the so-called «economic miracle» usually corresponds to the period between 1958 and 1963, it is more broadly interpreted here since it will allow me to attempt a social history of early Italian TV. Beginning with TV's origins in 1954, I have tried to trace a history of audiences through the course of the social developments that took place during the «economic miracle », overturning the traditional, hierarchical perspective of previous studies about Italian television. To do so, in the first part of this piece I will present the theoretical groundwork in order to begin to consider the leading role of audiences in media history; in the second one, I will put into contrast the intellectual legacies of the two primary political cultures of the post-war period: the Catholics and the Communists. As a basis for this, I will use the popular response to TV broadcasts from television's spectators, both Catholics and Communists. 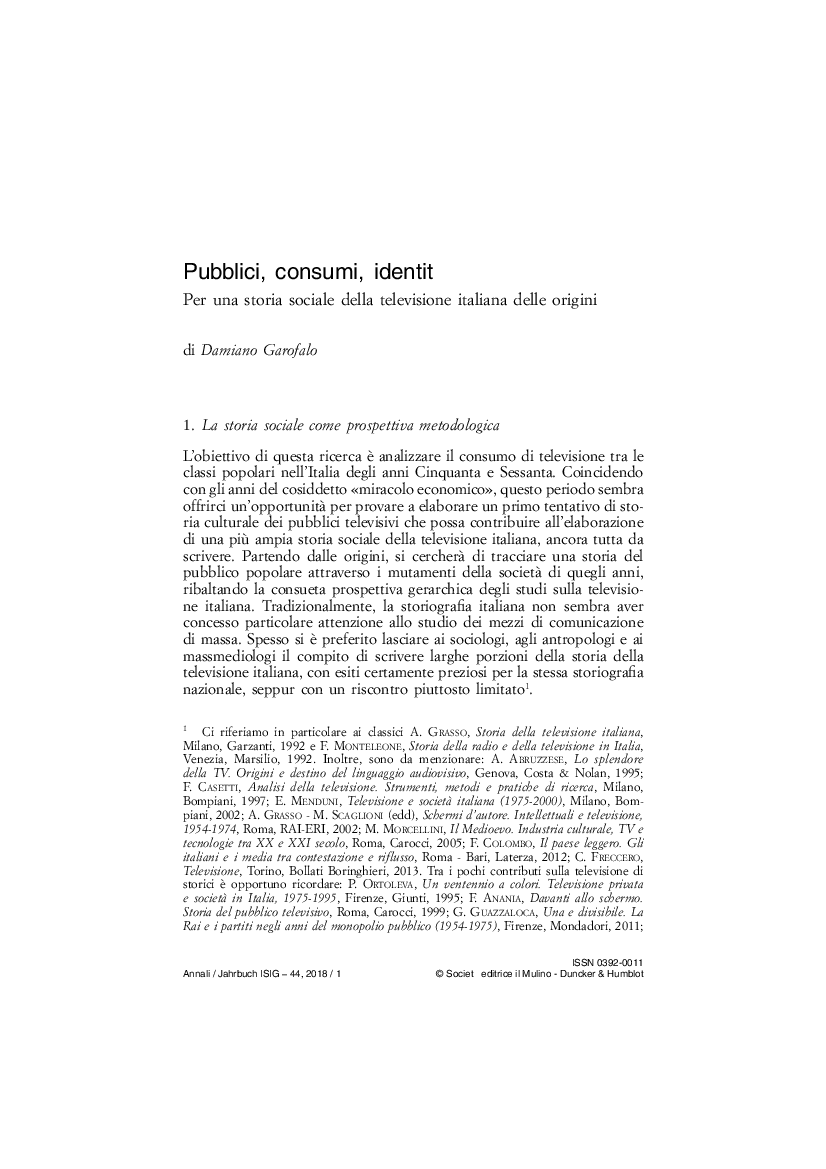