The aim of this article is to reconstruct Paolo Prodi's historiographic development from the point of view of his relations with German historiography. It concentrates on three fundamental aspects of Prodi's research: the Catholic Reformation and the Council of Trent, with the corollary of the concepts of social disciplining and confessionalization; the problematic juncture of the «sovereign pontiff», regarding the modernity of the State of the Church and the notion of the Church as a State; and lastly, the question of the dualism of sacred and profane, radiating from a series of conceptual pairs: State and Church, religion and politics, conscience and law, prophecy and utopia. These different realms are analyzed starting from the central question of western modernization, which Prodi examined from various points of view beginning from the conviction that the essence of modern Europe lies in the millennial dualism of State and Church. 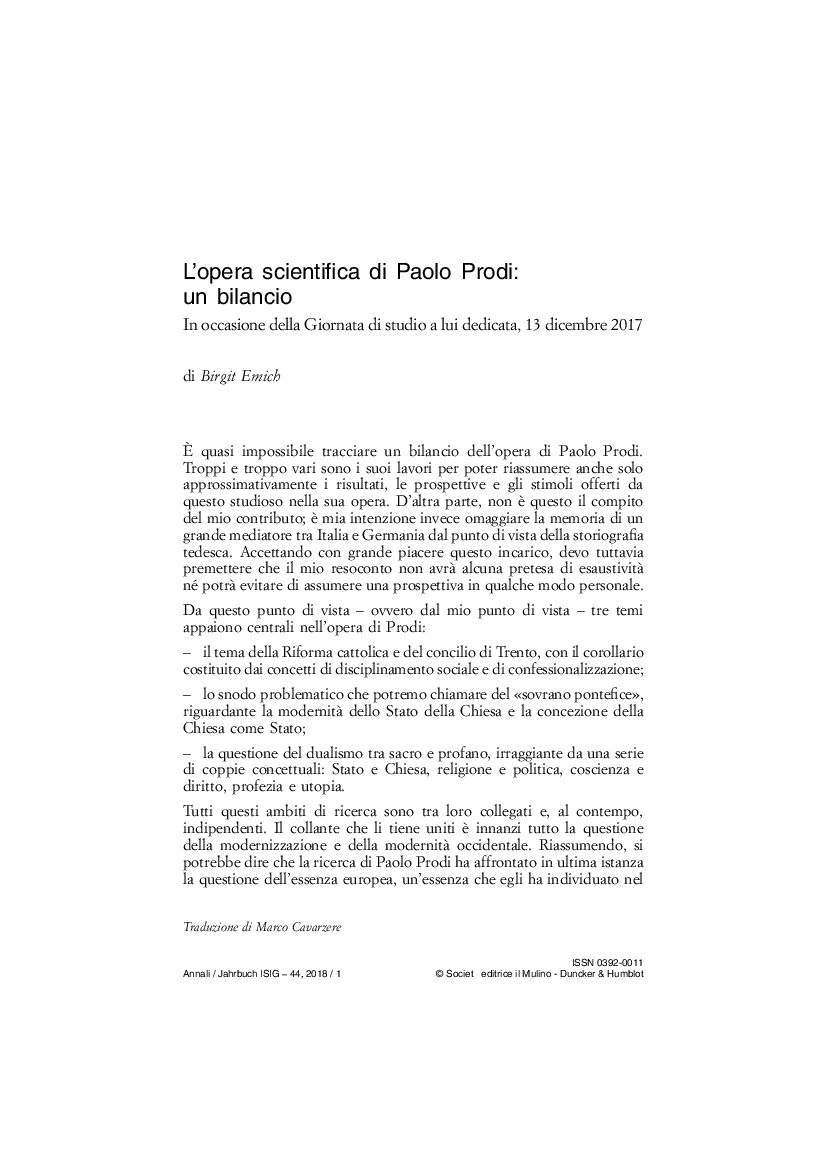