The Museo Nazionale del Risorgimento Italiano of Turin is the oldest and bestknown of the museums dedicated to the history of Italy’s birth as a nation. Over its 133 years, it has presented three permanent exhibitions and several partial renovations. It has been adapting its original educational and political function to the changing interpretations of the Risorgimento and to the heterogeneity of its collections formed over the decades. The previous exhibitions had an uncertain identity, usually a compromise between the museum’s local and national character, often with overlapping stratifi cations. The present exhibition, opened in 2011, completely renovated the Museum from all points of view: structural, historic, communicative, and scenographic. It restored the museum’s original national character and added a most innovative aspect, the comparison with the nation-building processes, which were taking place all over Europe at the same time. 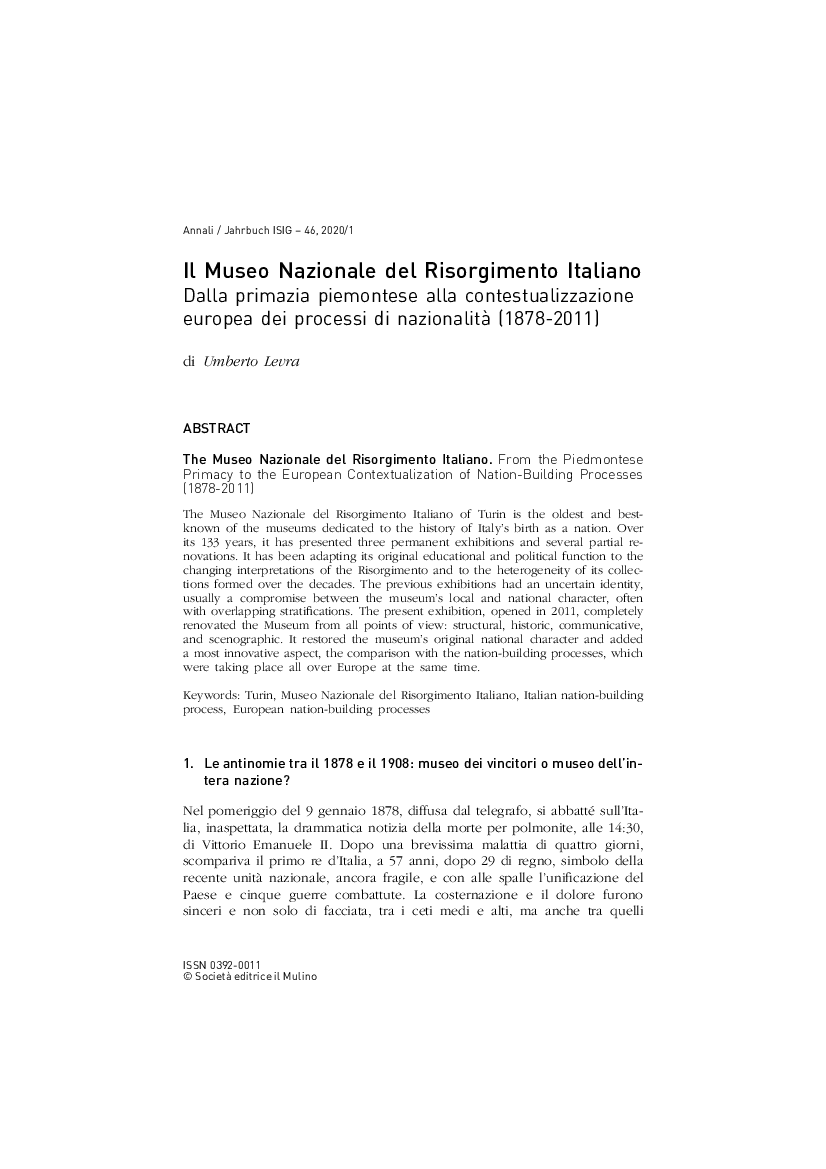