Within the historiography of the Germanisches Nationalmuseum, Nuremberg, the narrative of a bourgeois and national-patriotic museum foundation prevails. However, this article argues that both the term «national» as well as the attribution «bourgeois» have to be reexamined. During the founding phase in the 1830s and in the fi rst years of the museum from 1852 to the 1870s, the initiators used the term «national» in the sense of cultural nationalism, thus basing the affi liation to the national community on cultural, ethnic, and linguistic commonalities. The foundation of the museum was promoted by a noble-bourgeois elite: various actors pursued individual and sometimes contradictory goals based on their origins and positions. Evoking an image of the Holy Roman Empire, the founder Freiherr von Aufseß created a nostalgic representation for the contemporary nobility. The designation «Germanic» instead of «German» maneuvered the museum out of political controversy and into an archaic space. 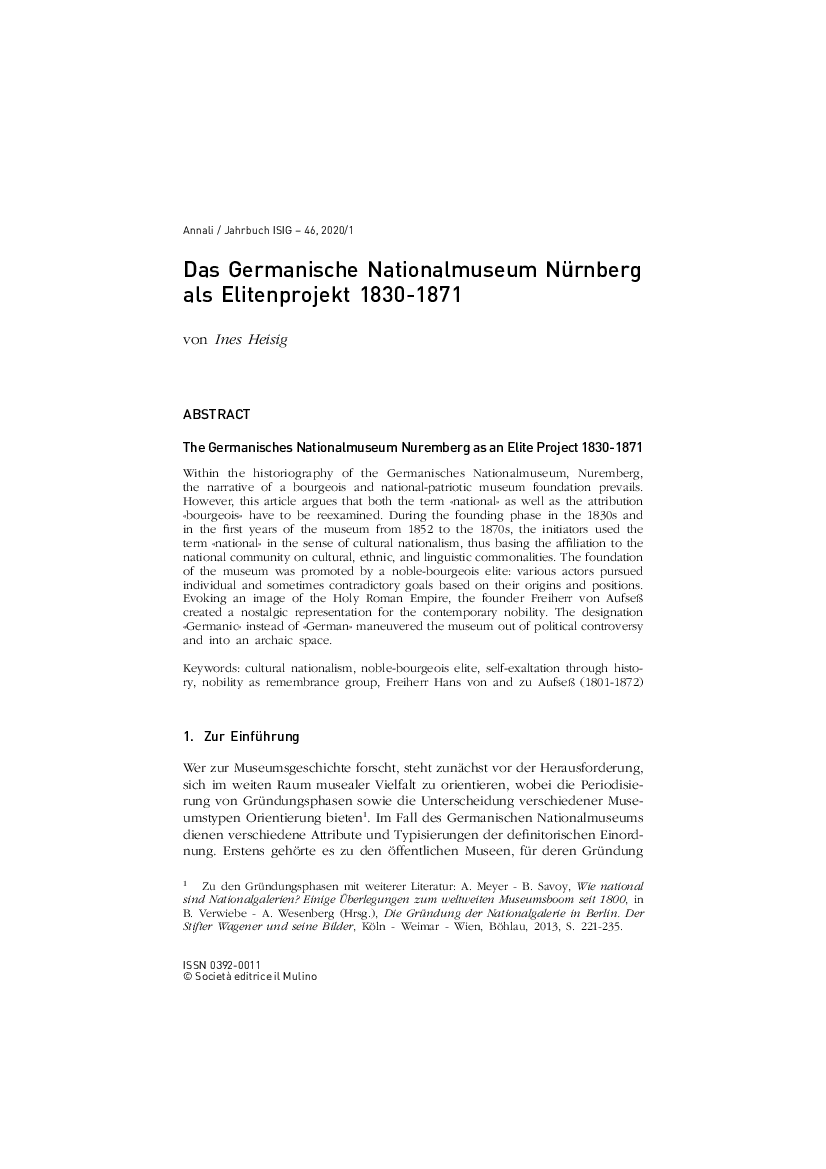