French history or society museums have traditionally presented the theme of population migrations from a national perspective. Globally, it was a question of reporting departures rather than arrivals, in the name of religious, military, and colonial expansions. Thus, the Basque Museum has built a room of the emigration of its populations in the world to glorify their energy and qualities. However, in the 1980s, exhibitions devoted to immigrant communities settled in particular regions began to appear. The opening of a national museum of immigration corresponds to a political and cultural awareness, but also to a modernization of the stakes of French museums. Up to the present day, the museum has had a contrasting history, directly linked to political vicissitudes and social movements. 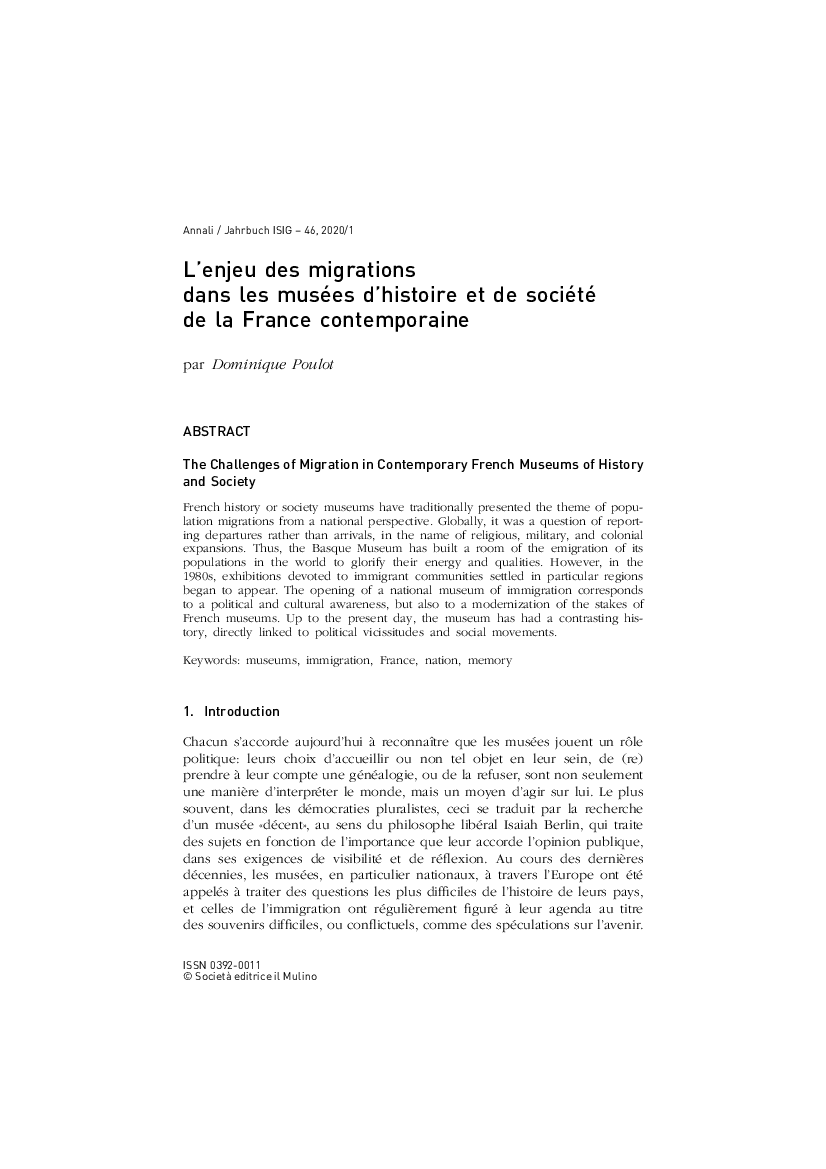