Some verbal techniques applied in psychoanalysis are common to literary verbal art, especially such typologies of humor that deal with the mechanism of skeptical «laughing through tears» and deeply affect our rigid mental «scripts». According to a general theory of humor (cf. Salmon 2008) – which is consistent with both the models by Freud (1905) and Pirandello (1908), and with the concept of psychotherapeutic «change» by Watzlawick (1977) – the mechanism of «laughing through tears» subverts our binary way of thinking, whereas the «funny» (or «jocular humor»), being, by definition, conservative, supports prejudices and clichés. Within this theoretical framework, I suggest that the experience of skeptical and paradoxical humor triggers in the recipient’s mind a response opposite to the Freudian Uncanny – while the latter reveals us the dark, scary face of something intimate, «laughing through tears» enables us to perceive an unexpected intimacy in what scares us 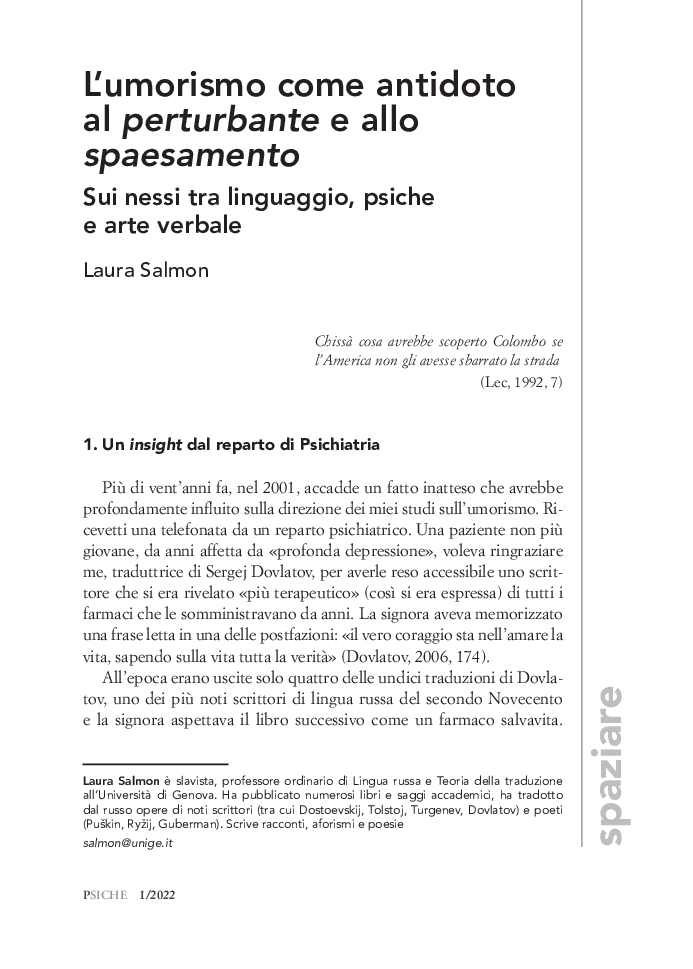