In the History of Art the attributions can be described as a circumstantial process in the search for a secret. They can also be considered as a circular process where the circumstantial evidence continually refers to emotional positions evoked in the art critic. The critic will be able to recognize his own, discrete and fragmentary, emotions, which are activated by his encounter with the artwork until the exciting encounter with the author. The circumstantial path refers to an internal museum, while the evocative route refers to an interior museum. Both coexist simultaneously. The interior museum represents the manifold dimension of the internal museum. This path resembles the evolution of the second Freudian topical with respect to the first one, or rather to the introduction of the relational dimension with respect to the drive model. As for the concept of non-repressed unconscious, in the paths of evocative attribution, in an artwork it is not enough just to recognize the author, but to find new expressive solutions that enrich and continuously renew the representation of the author often well beyond the awareness of the author himself. 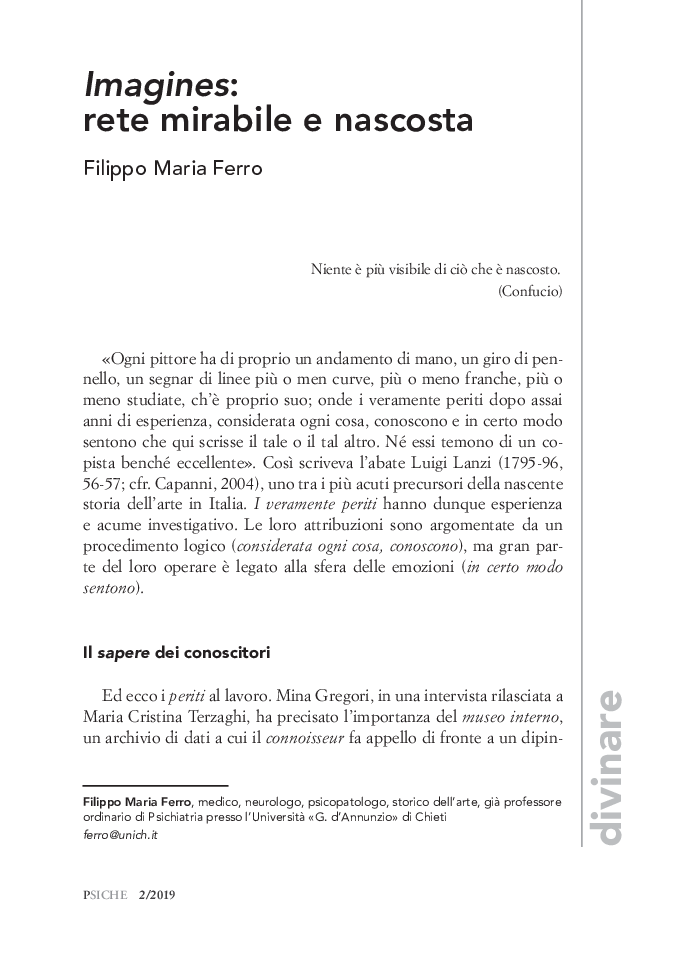