Why does Mozart choose to start the string quartet K 465 with 22 beats of a mysterious introductive Adagio leading us through undefinable melodic areas? Quartet in C major, the score says. But not here, we don’t go into any key here. Instead, we are lost in a clueless territory: where is the entrance, where is the way out? Why wanting to go out though, as if we were afraid to look where he invites us to look into: our interiority. Here, like no one before him, Mozart gave sound and voice to the unconscious, the undefinable. This is the reason why these beats raised such critiques and indignation when they appeared in 1785, to the point that many musicians returned the music, convinced that Mozart was wrong. They believed it was impossible that Mozart would have written such sour Dissonances. Then, the Adagio ends, the Allegro starts, leading beyond the darkness we went through. Music has a power that words don’t have: it overflows. At one condition: abandoning oneself to her, not being afraid of her secrets that talk about us. 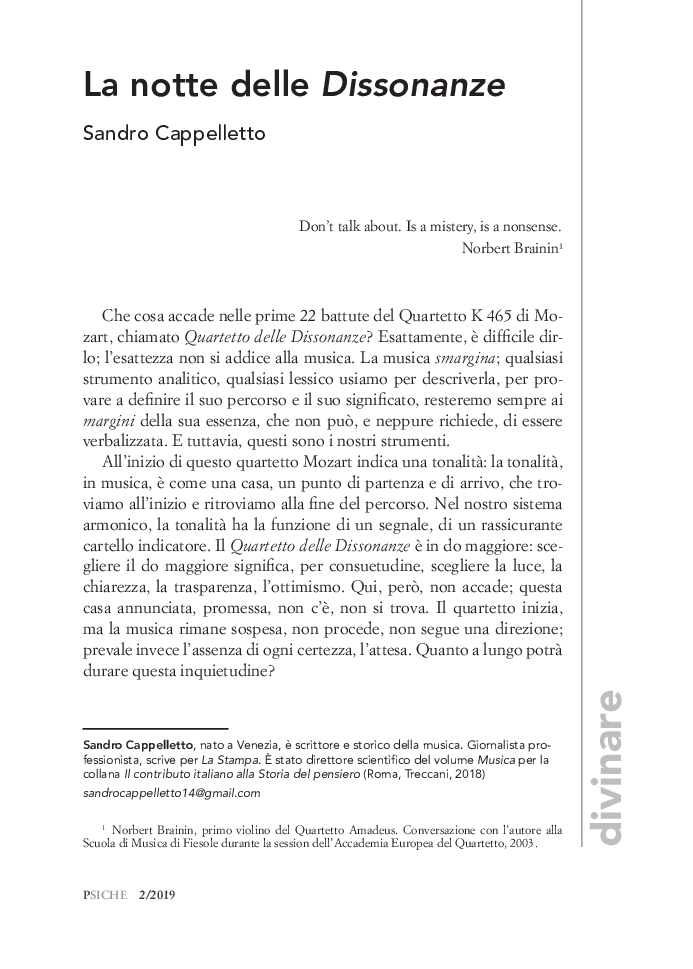