The opposition between «Us» and the «Others» has an exemplar application in the theory of national characters. «Us», we who belong to our nation and show physical and moral virtues; the «Others», they who live in a different nation and are but a heap of vices. The theory of national characters depicts the various nations as so many unitary and perfectly uniform individuals: like the animal species according to the ancient physiognomy, each nation has one peculiar character. In our essay we delineate the theory moving from the traditional distinction between Greeks («Us») and Barbarians (the «Others»), then take into consideration some important followers of the theory, some of the criticisms which can be urged against it and some fundamental issues connected with it: the difference of languages, the influence of climate and institutions, and cultural relativism. Finally, we ask whether and how such a notion of national character is still in use and could legitimately be used today. 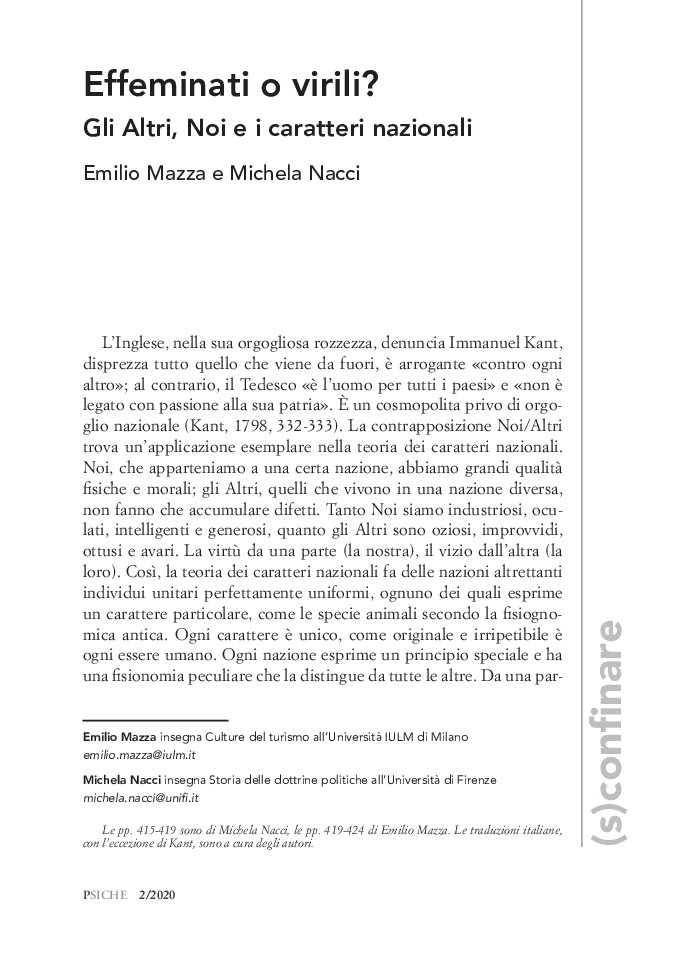