The aim of the contribution is to analyse immigration in Italy, focusing on the peculiarities that the phenomenon assumes across the country. Accordingly, using secondary data (Eurostat, ISTAT, Ministry of Labour), several aspects will be presented on various themes, related to population distribution, age-sex structures, labour market, specialization sectors and professions. Overall, it emerges a trend toward stabilization of the phenomenon despite the long-standing economic crisis and the persistency of a dual labour market in Italy, where foreigners are employed in dirty, dangerous and demanding jobs. Moreover, the abiding North/South cleavage, and the territorial peculiarities of the country result in different and even diverging geographies of immigration. Hence, it is rather difficult to define an «Italian model of immigration». 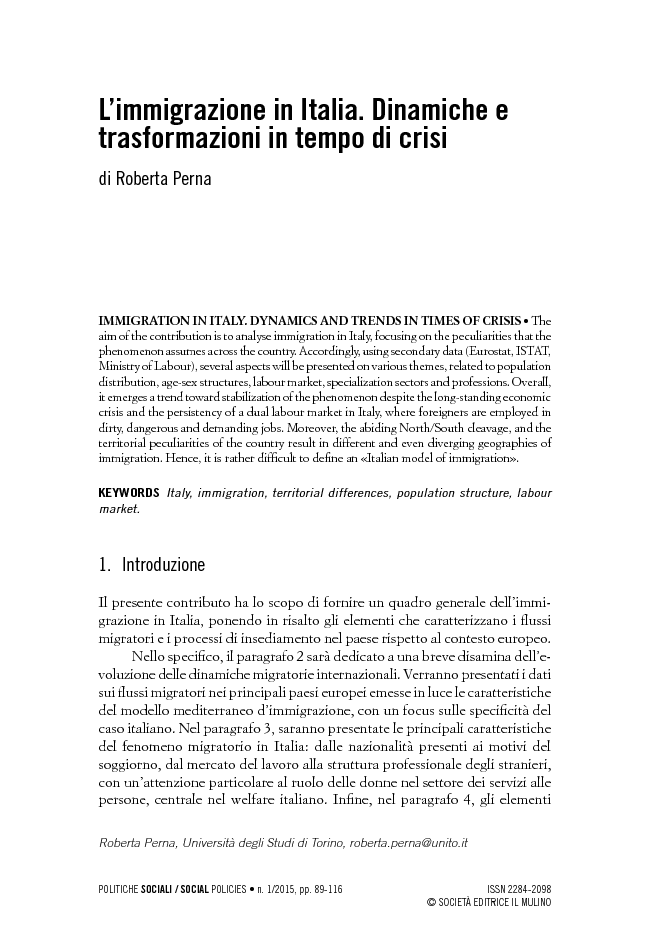