Early child education and care services in Italy have historically developed in two separated cycles. Kindergartens for children between three and five years of age have reached a quasi-universal coverage at the end of the Eighties, thanks to a massive state investment. On the contrary, public day-care centres for children aged under three, a municipal responsibility, have long been marginal and still cover less than 13% of potential demand, with major territorial differences. The new law usually referred to as «The Good School» aims at reforming the national education and training system, while also redefining the pre-school system. The main objectives are to organise an integrated cycle for children aged zero-six, transform public day-care centres for children aged under three from a service upon demand to a service of general interest, define minimum national essential levels of provision throughout the country and to introduce a national plan and a funding system that ensure the resources necessary to a long awaited systemic reform. 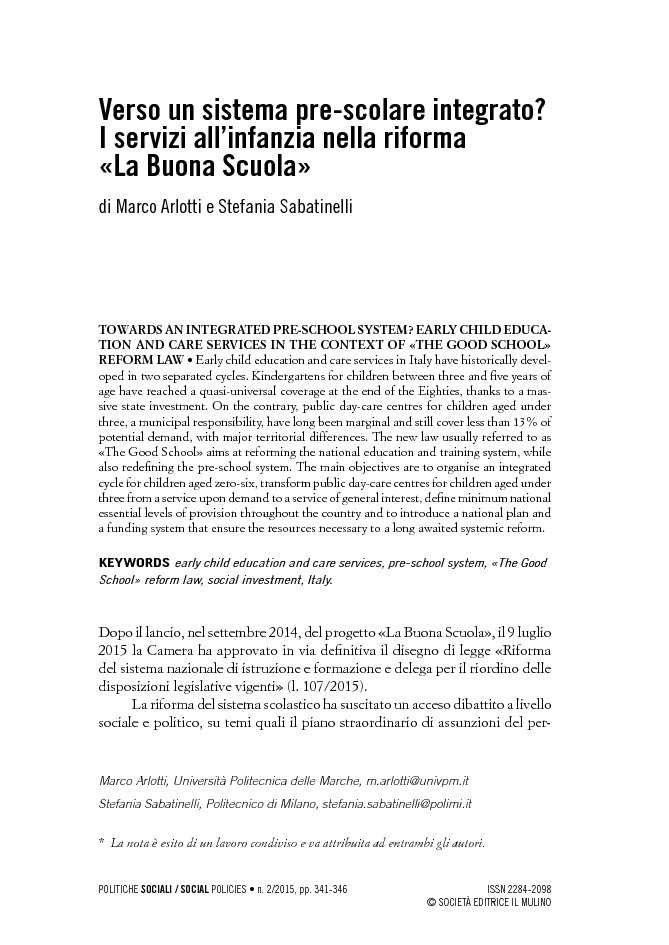