Public procurement is a legal tool enabling State, Regional or Local authorities to purchase works, supplies and services on the market. As such, it traditionally prioritized efficiency concerns, by envisaging best value for money as one of its main objectives. Within this context, international and European law played a crucial role in opening up national public procurement markets to competition, thereby reinforcing the economic roots of the phenomenon. However, the social aspects of public procurement received increasing attention under the impulse of the case law of the European Court of Justice, and were enshrined in Directive 2004/18/EC. Considered to be unsatisfactory, the act was recently repealed by Directive 2014/24/EU, which represents a step forward by fully recognizing the key-importance of social considerations in the context of public procurement. The new Directive acknowledges the importance of social aspects for the selection and exclusion of economic operators, as well as for contract award and contract performance criteria. Even if competition and best value for money still lay at the core of the EU public procurement regime, Directive 2014/24/EU now provides national authorities with the opportunity to pursue social inclusion and other non economic goals in public contracts. 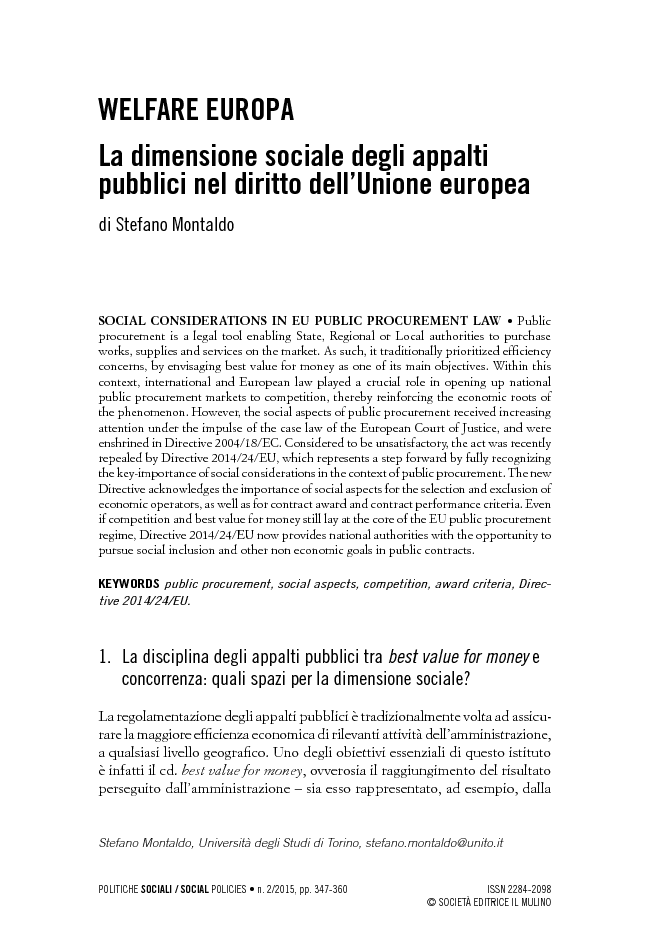