The article focuses on the fact that several micro-mechanisms operating in education may contribute to the reproduction of class-based social inequalities in education systems. These mechanisms are primarily the consequences of actions taken by school leaders, teachers and families within school organisations. We intend using the notion of «tertiary effects» in order to investigate how these actions generate inequalities, and how they interplay with the more widely studied primary and, especially, secondary effects. Reviewing Italian studies in this field, we argue that education systems contribute to the reproduction of inequalities, and not only through their macro-institutional settings. Indeed, the existing evidence, reviewed in this article, shows that even the Italian school system, while seemingly uniform, being largely publicly funded and governed according to bureaucratic rules, is instead highly segregated and much less neutral than one would expect. We argue that studying the mechanisms underneath tertiary effects is promising both for the development of sociological theory, and for designing effective policies aimed at reducing social inequalities in education. 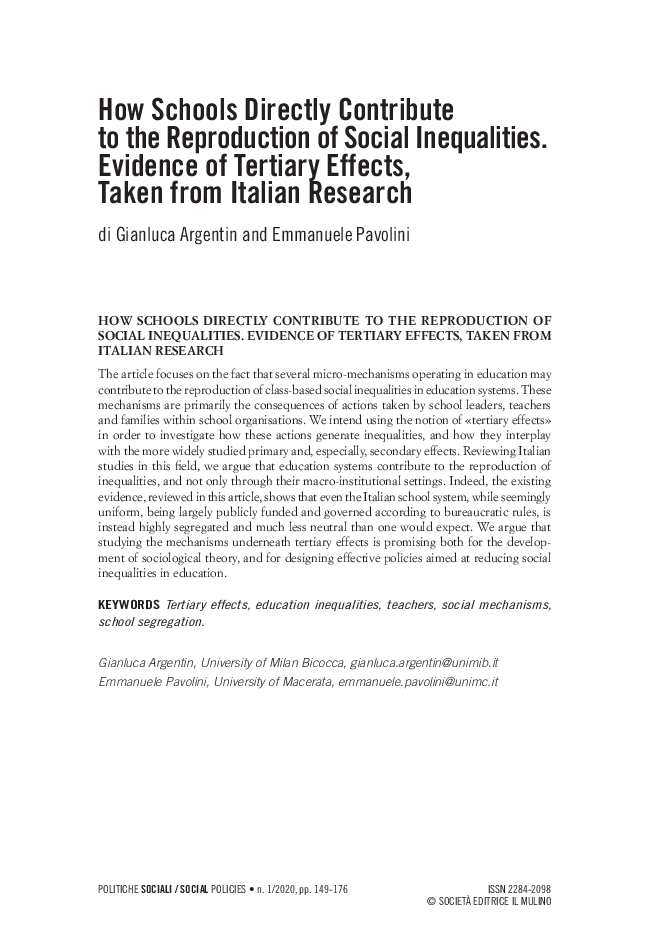