The paper aims to identify the provisions applicable to cultural heritage donations in favour of public entities, underlining the differences with sponsorship, which has recently been subject to legislative changes (Legislative Decree n. 163/2006, art. 199-bis) and clarifications by the Ministry of Heritage and Cultural Activities (Ministerial Decree of 19th December, 2012). The topic is treated with specific reference to the role played by Banking Foundations, for which the jurisprudence has now clarified that they are private entities and are not comparable to public administrations or bodies governed by public law. Therefore, Banking Foundations, in carrying out their activities, are not required to comply with public procedures provided for public administrations or for equivalent entities. The paper examines the different forms of a Foundation's intervention in favour of the community and it concludes that the most appropriate way to intervene is by means of donation, which occurs even in those cases in which the Foundation accepts or asks for some kind of acknowledgment of the given donation. Public law does not apply to donations given by Foundations, neither to donations in the form of cash nor whether a Foundation pays for services rendered to public administrations, nor in the case of direct donation of goods (equipment, machinery, motor vehicles) or provision of services and works (with particular regard to some specified activities such as planning which, contrary to what has been held in the past, do not seem to be reserved just for public administrations). The paper juxtaposes donations with sponsorship, describing their nature and reviewing the relevant laws. 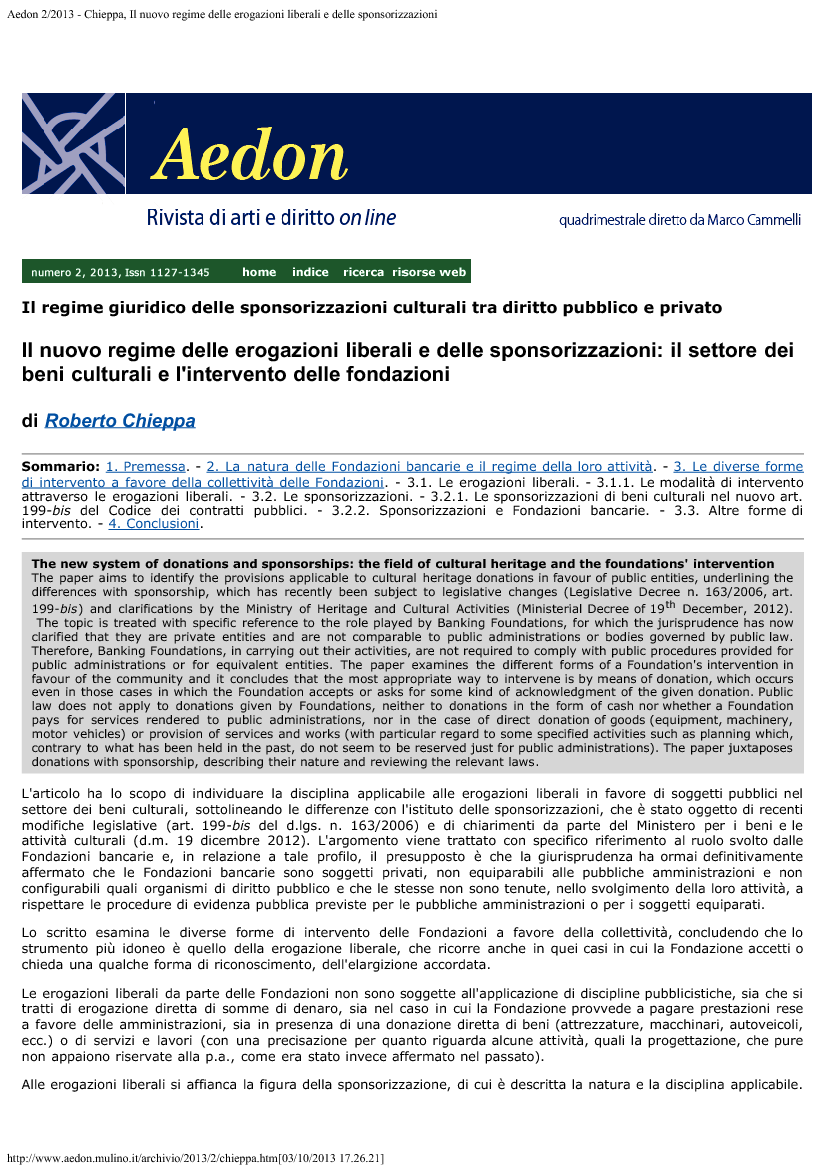