The law that introduced the teaching of civic education in the Italian school system considers it as an interdisciplinary course, whereby a plurality of teachers provides contents that contribute to forging a good citizen. We argue that a more radical approach should be adopted for the teaching of scientific subjects: all of it should be characterized as an ‘education to citizenship’. This requires strong cooperation among faculty in order to raise students’ awareness of the linkages between the overall progress of mankind, typically taught through humanities, and that of scientific knowledge. The curricula should therefore be radically modified. In the case of mathematics, much space should be given to topics arising from scientific experiments or social surveys. In the case of natural sciences, the teaching should not seek to cover all possible topics in an encyclopaedic manner, but rather focus on topics that students have experienced in real life, which will vary with age. The most important goal for scientific education is to forge a critical attitude in the citizens-to-be, so that they can eschew the trap of fake news and systematically verify the sources of any information. The teaching modality is also of paramount importance: the traditional ‘ex cathedra’ approach should be replaced by an approach that fosters the active participation of students, in particular through labs. This will contribute to turning them into active citizens who engage in the public sphere, instead of passively obeying political leaders. 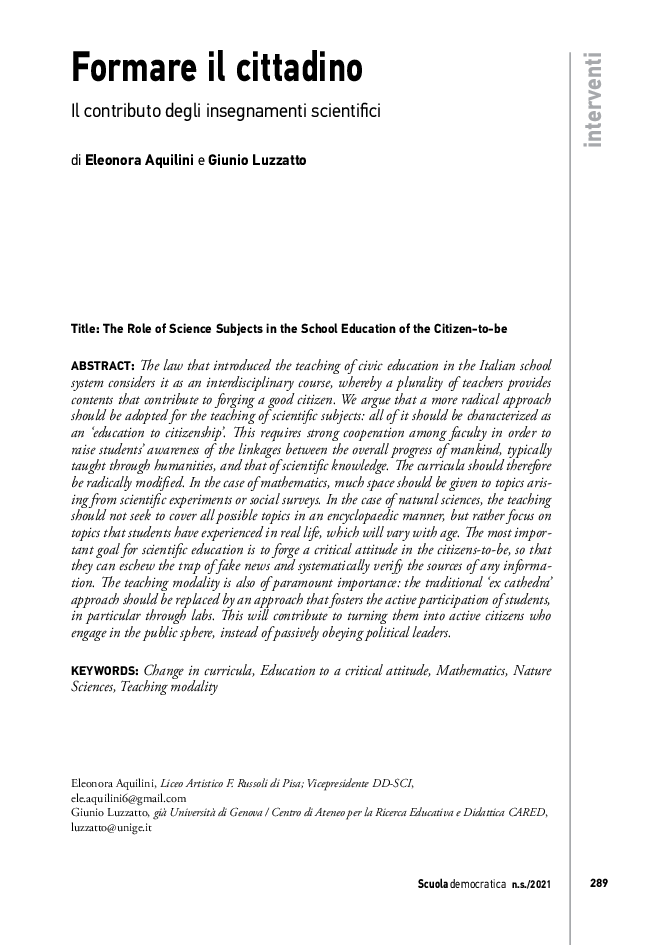