The article suggests that despite the fact that external indicators (e.g. publications and congresses) seem to signify a powerful renaissance of Comparative Education (CE) in Germany, there is a serious threat that this field of study is losing its identity and is falling into oblivion as an academic university discipline. The argument is developed by analysing the historical emergence of CE in Germany and the current state of this field of study. In this context three main tendencies are identified: firstly, external indicators indicate a renaissance of CE. Secondly, the field of study is characterised by increasing diversification into related fields such as intercultural education or international education. A third tendency indicates that the results of international comparative assessment studies like PISA are gaining importance in German education and are exerting 'normative pressures' on educational decision-makers. However, rather than increasing the salience and reputation of CE as an academic discipline, the popularity of comparative assessment studies is re-vitalizing a form of Comparative Education which is rather traditional and outmoded and thus is threatening the whole field. Based on international experiences, the author concludes with suggestions as to what needs be done in German CE to save this field from falling into oblivion 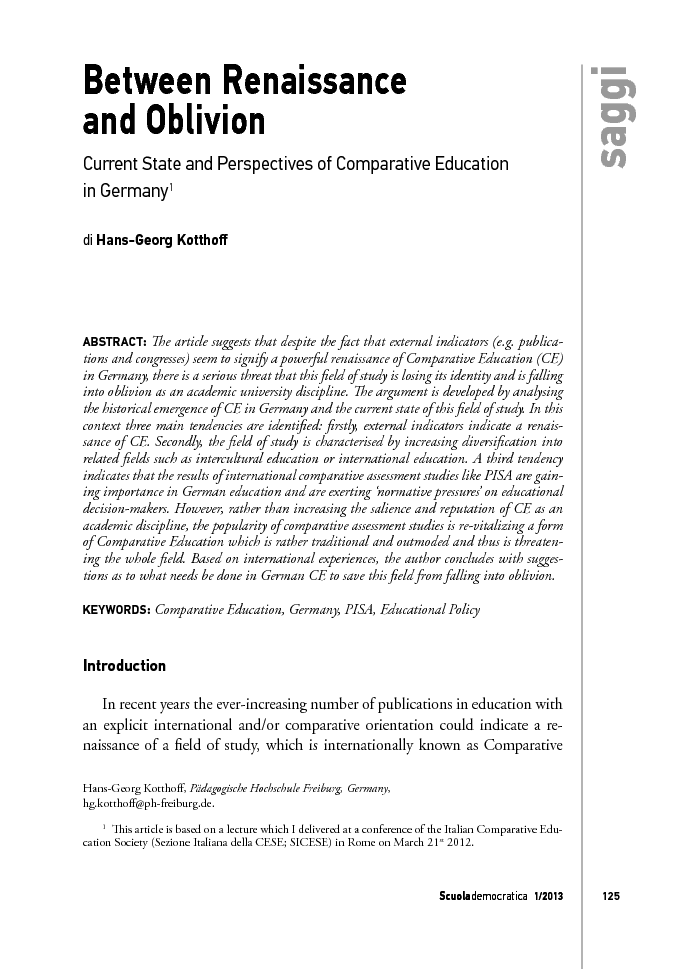