Also in Italy we cannot say that higher education is not rewarding or that highly educated youth and prime age people suffer a risk of being unemployed higher than poorly educated ones. The article shows that holding a high educational attainment is worthy both for youth and adults as it lowers their risk of being unemployed compared with poorly educated people. And the economic crisis has increased that advantage, although only a bit. However, in Italy the reward of the education is clearly low compared with that in other European countries, where highly educated people find jobs much faster that poorly educated people. Furthermore, in Italy highly educated youth often find jobs that do not fit with their educational attainment, even if we can argue that this event occurs more often for those who performed badly at school. Over-education is a phenomenon wide-spreading in all the European countries, but in Italy is increasing very fast among young employed people. The reason for such a small reward of higher education in Italy, however, is not a too large supply of educated labour, as the proportion of highly educated youth is still quite low compared with the European average, but a serious lack of demand for highly qualified labour. 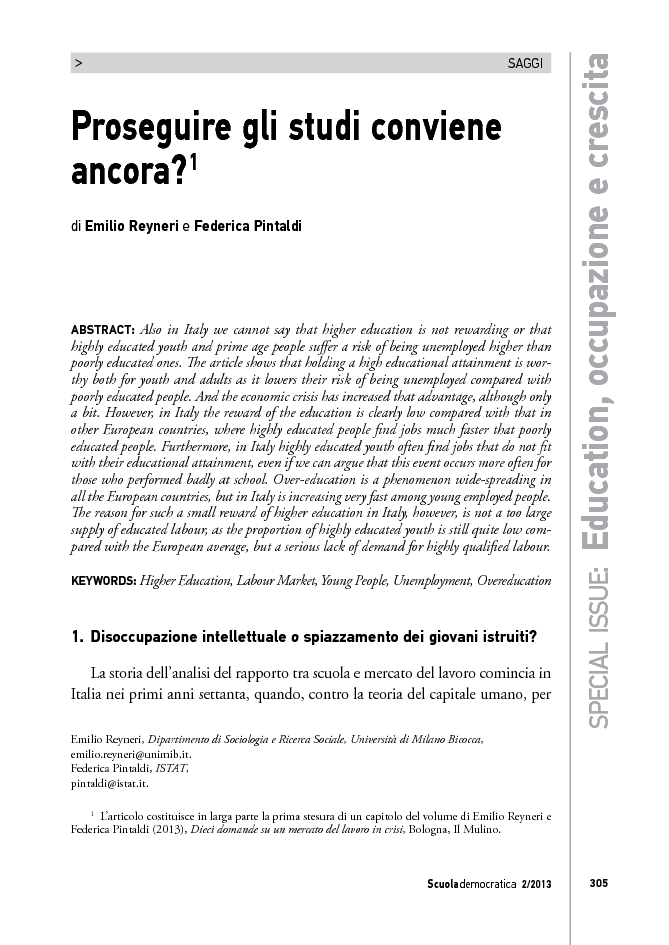