The essay describes the features of tertiary vocational education, provided in Germany by the Universities of Applied Sciences/Fachhochschulen, and it retraces their history and evolution over time. Through the analysis of various kinds of data, the conclusion is drawn that not only the FH did not loose their attractivity for national and international students after the Bologna Process, but instead they recently became beneficiaries of huge federal funds for applied research. So, on the one hand, it is stressed how status/prestige differences between universities and FH have eroded on behalf of the second ones; on the other hand, it is underlined that the these training institutions main strength remains the collaboration at the local level with the small and medium-sized enterprises, where students undertake their internships: a model which could be of reference, notwithstanding the structural differences between the German and the Italian systems, to correct the meager relationship between academic education and the job market in Italy. 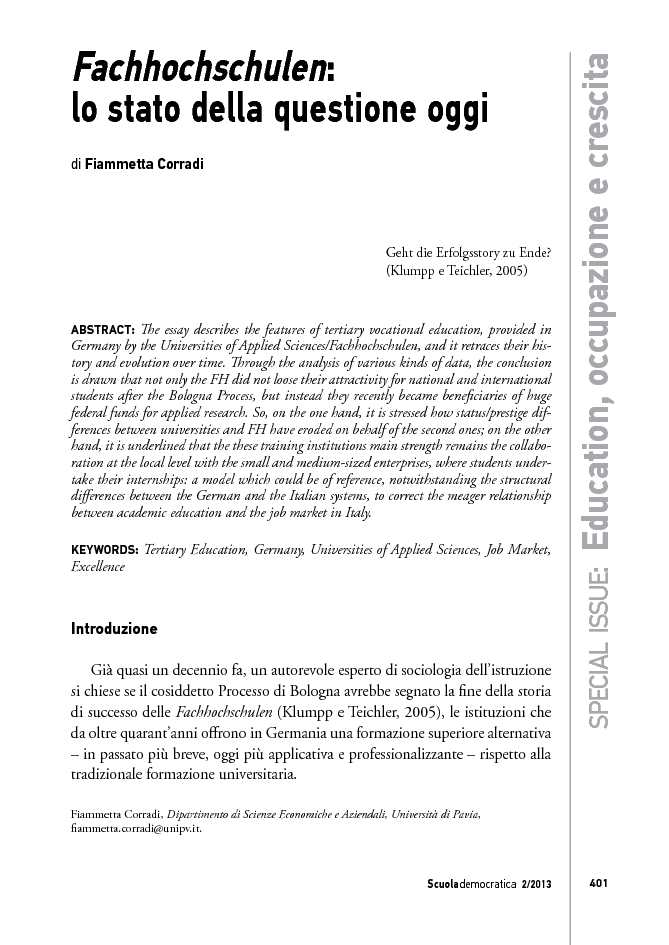